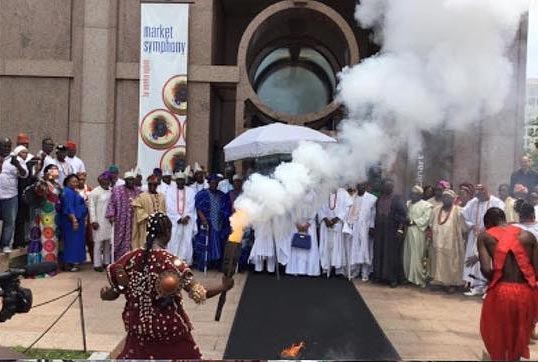 The monarch visited DC Smithsonian Museum of African Art on Tuesday. After the conclusion of the tour, Ifa worshipers who’re part of his entourage staged a scene in front of the African Art museum.

The traditionalists were performing rituals when passersby who saw smoke rising from the museum dialed 911.

Firefighters immediately came to the scene to quench the fire only to discover that traditionalists who had earlier obtained a permit were performing rituals.

The firefighters reportedly left the scene immediately after talking to some officials of the African Art museum. 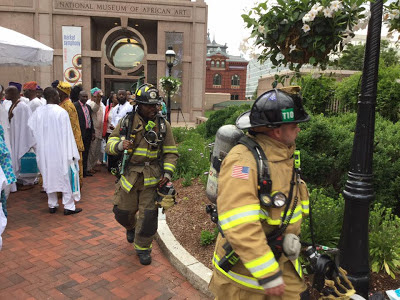 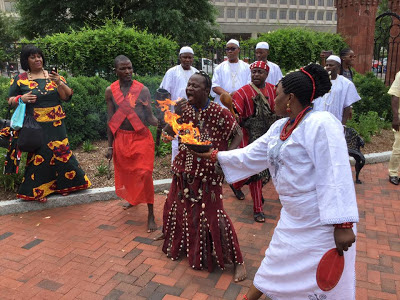 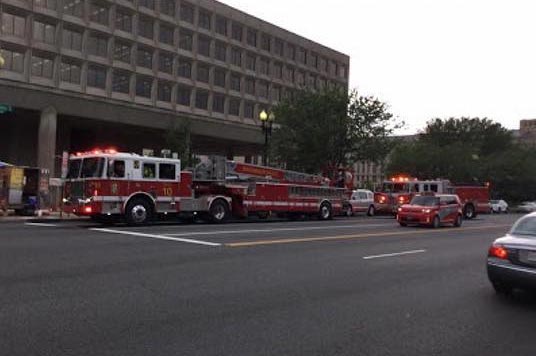 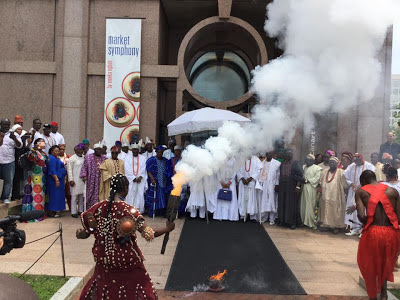 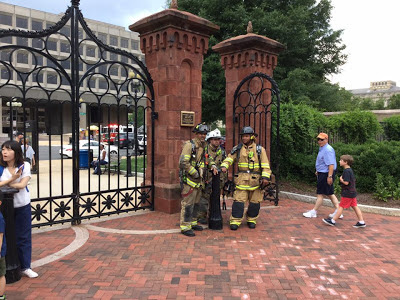 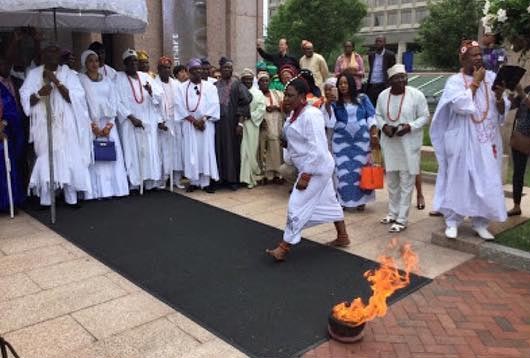 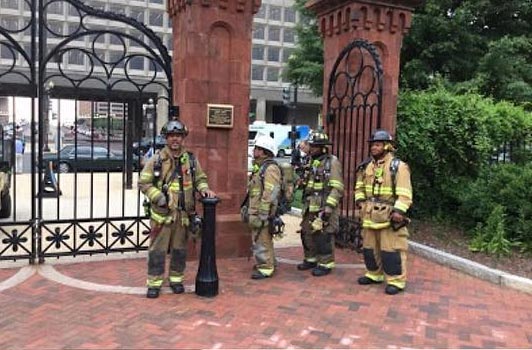 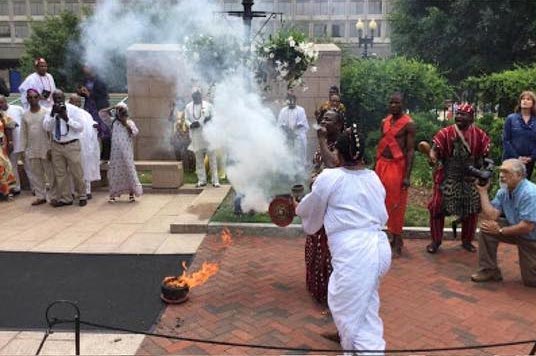