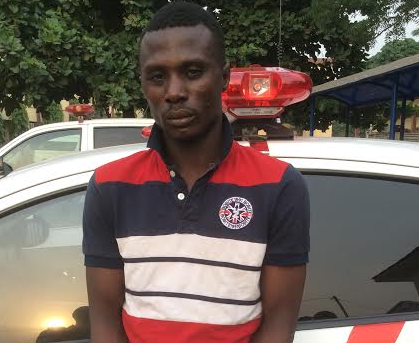 The suspect was caught at an ATM point in Alaba around 5:48am today.

His accomplice 28-year-old Samson Baba Ramadan escaped after RRS operatives gave them a hot chase when an ATM machine user raised an alarm.

Upon arrival at RRS Headquarters in Alausa, the suspect said the run-away accomplice introduced him into the criminal act. 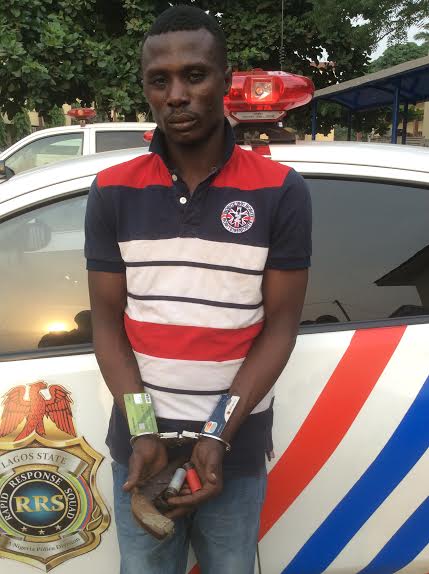 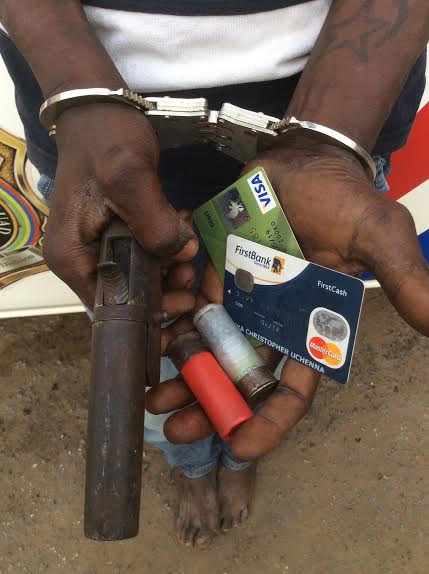 His case has been transferred to SCID for investigation and prosecution.