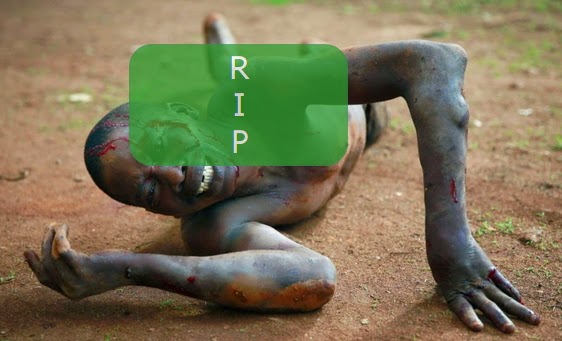 According to local residents, about 20 robbers attacked a First Bank Branch in Vandeikya, Benue killing several customers and bank workers.

The dare devils armed with AK47 rifles and explosives reportedly killed over 35 people at the bank in the operation that lasted for over 4 hours..

They managed to kill the bank manager and some security guys before using explosives which eventually led to more bloodshed.

The robbers carted away huge sum of money but while they were trying to escape, they were confronted by soldiers and a fierce gun-battle ensued.

In the process, they overcame the military men but while trying to get away, one of the vehicles used for the robbery veered off the road and somersaulted severally before landing in the bush.

The robbers who suffered serious gunshot wounds managed to escape into the bush while the driver of the car wasn’t so lucky. He was caught by vigilant villagers in Oju and was instantly set on fire.

A witness said the man denied ever being a part of the gang. He reportedly told them he was defecating in a nearby bush when he was caught however, the bullet wounds on his body identified him as a suspect.

He was splashed with petrol and set on fire as the villagers watch his painful death in horror. 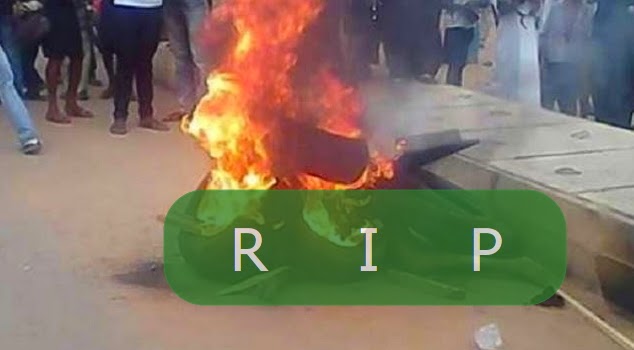 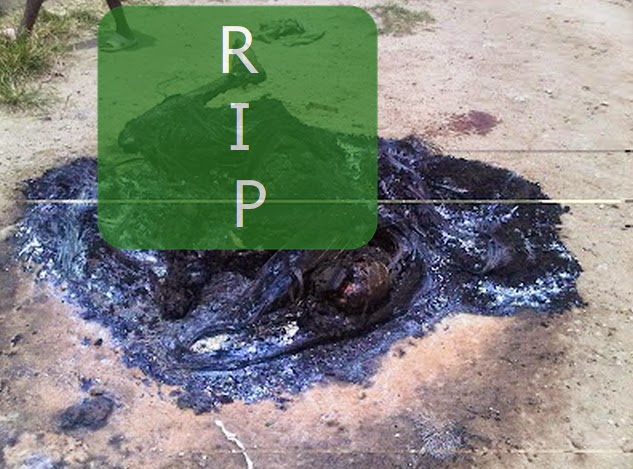 What a sad day!

May the souls of the robbery victims rest in peace.