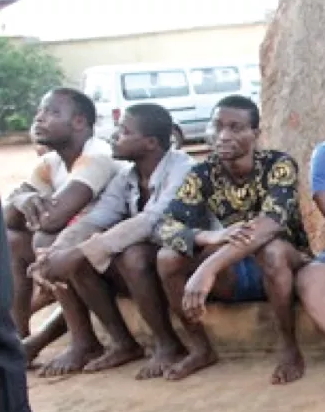 Anambra Police command on Tuesday paraded a 9-man criminal gang terrorising the people of Nanka in Orumba North LGA of Anambra State. The gang led by Ifedilichukwu Nwankwo allegedly chopped off the ear of a Divisional Police Officer (DPO) in charge of Ajali Division (name withheld) who was at Nanka to make arrest. Okechukwu also said that the gang burnt down a police Hilux van during an arrest in the community. 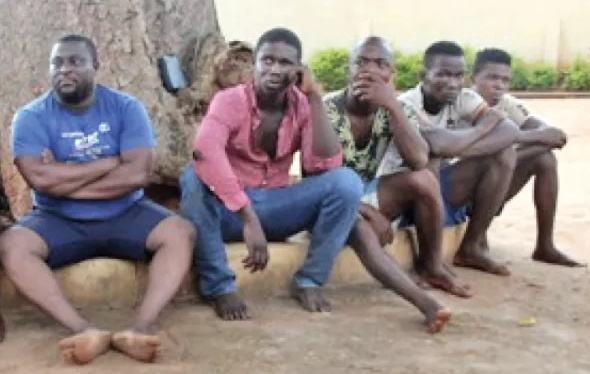 He said: “On June 20, 2016 a team led by the DPO in charge of Ajali Division, was ambushed at Nanka by the gang when they went to effect arrest. “The DPO was robbed of his handset and cash.

He was stripped while one of his ears was chopped off. Equally, his uniform was torn to shreds.”

According to him, the DPO is currently receiving treatment at an undisclosed hospital.

The police image maker added that several cases of armed robbery/kidnapping, rape and assassination were trailed to Nanka, the reason police detectives made several but unsuccessful attempts to arrest the kingpins.

Also, the gang was said to have lured Adimora Emmanuel (now late) of Agbaja village, Abatete to Atani where they robbed him of his Toyota Camry car with registration number FST962 DL valued at N950,000. According to him, the suspects beat Emmanuel to death and dumped his body in the bush at Atanihe.