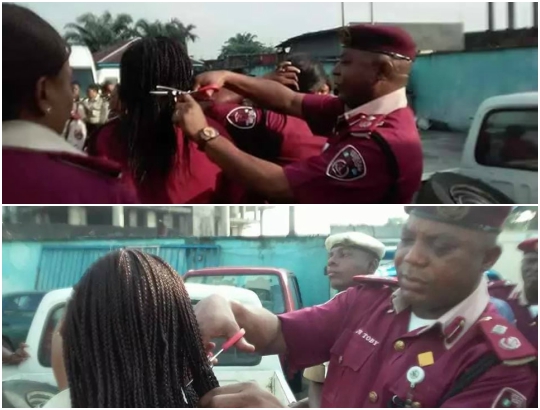 The Corps Commander of FRSC in Rivers State has been temporarily suspended for allegedly cutting hair of some female officers hair in Port Harcourt during a routine early morning parade.

Corps Marshal of the Federal Road Safety Corps (FRSC), Dr Boboye Oyeyemi, has ordered the recall of the Corps Rivers Sector Commander, Mr Ayodele Kumapayi, for cutting the hair of some female personnel.

In an SMS on Tuesday, Spokesman of the Corps, Mr Bisi Kazeem, said other officers concerned were also recalled.

Photos circulating on social media show Kumapayi using a pair of scissors to cut the hair of some female personnel allegedly as punishment for carrying long hairdo.

The incident reportedly took place during the routine early morning parade in Port-Harcourt when the sector commander went round to inspect his officers.

Kazeem said the recall became necessary to pave way for proper investigation into the matter. 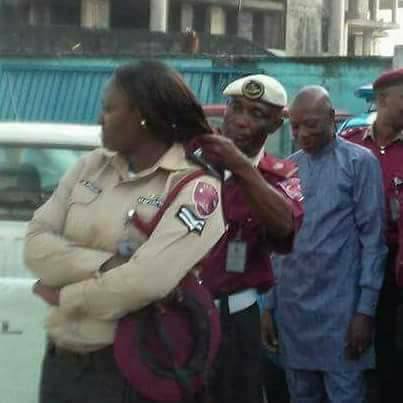 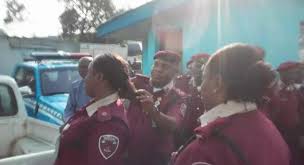 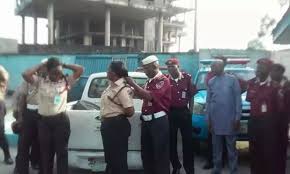 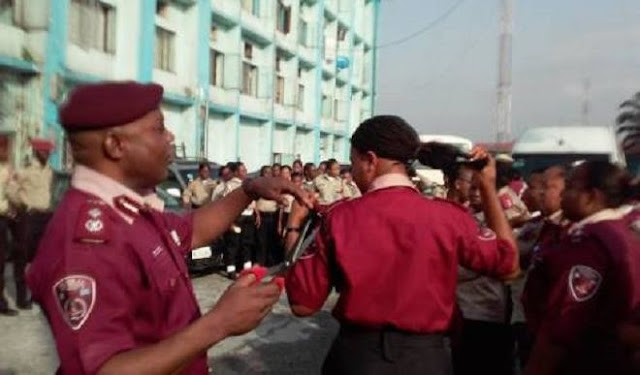 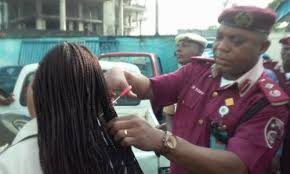 This is gross abuse of power.