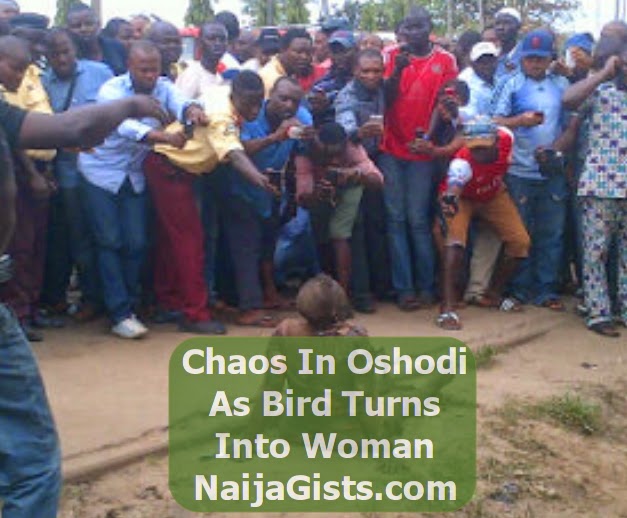 To those not based in Lagos, this story will sound like a mere fabrication but eyewitnesses around Cappa Bus stop in Oshodi area of Lagos state today confirmed it.

According to eyewitnesses, the woman pictured above was inform of a bird moments before it fell to the ground from an high tension electrical wire after falling from the sky.

She reportedly turned into a woman after she fell to the ground due to the impact of the electricity.

In her confession, she said her daughter-in-law just delivered a baby and she was on her way to meet the baby when she found herself in a situation she couldn’t really explain.

It happened at Cappa bus stop in Oshodi Lagos today around 1pm.

While confessing, angry mob moved closer to lynch her but the timely intervention of the police saved her.

A Twitter user with handle @spicybebe shared these exclusive photos few hours ago.

“Bird turns into woman at Oshodi just now 1pm … Strange world. At Oshodi a couple of minutes ago… A bird fell from a high tension wire and landed on the ground and turned into a woman. I swear the things that happen I’m this country. Why can’t witch craft be used for positive things? I mean have u read Wizard of Oz? Trust me…this news will soon be every where… This is an eye witness account.The woman that the bird became was so looking so irritating…with most of her skin peeled. Really a disgusting sight. The woman said she was on her way to see her child. Her daughter in-law just gave birth. Can you imagine? You marvel at such wickedness. Very strange. It caused confusion and insane traffic.”

The alleged witch has been taken to the hospital as effort is being made to contact her family members.

Hmmmm what a wicked world!!!

See more photos from the scene where a bird turned into a witch in Oshodi Lagos below: 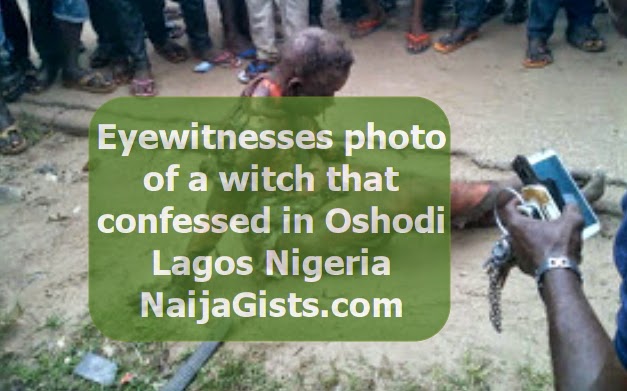 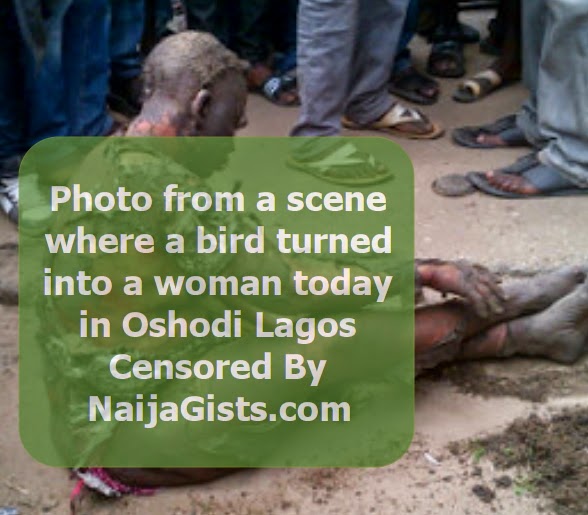 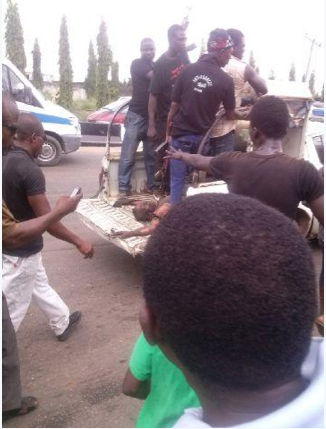 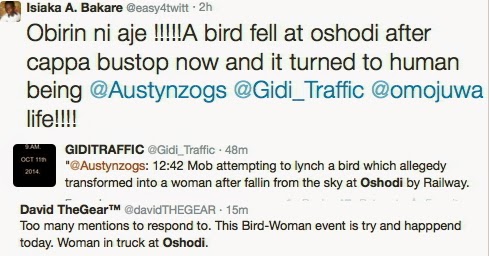