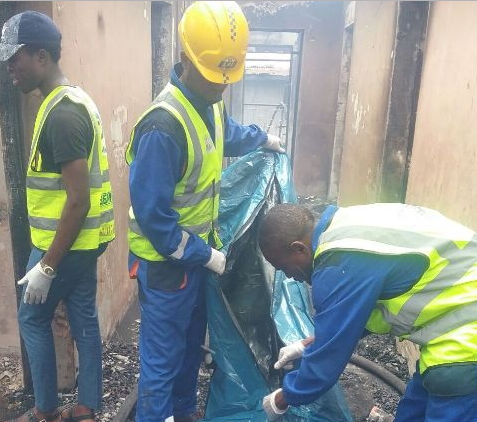 A male tenant using boiling ring at 3 Aborishade Close in Lawanson area of Surulere Lagos has killed his landlord.

According to Lagos ERT, the building caught fire this morning after a boiling ring being used in the last room on the top floor of the house led to the fire outbreak that engulfed the whole building.

While others escaped, Mr Godwin Oyia couldn’t be rescued as there was no one to carry him out. 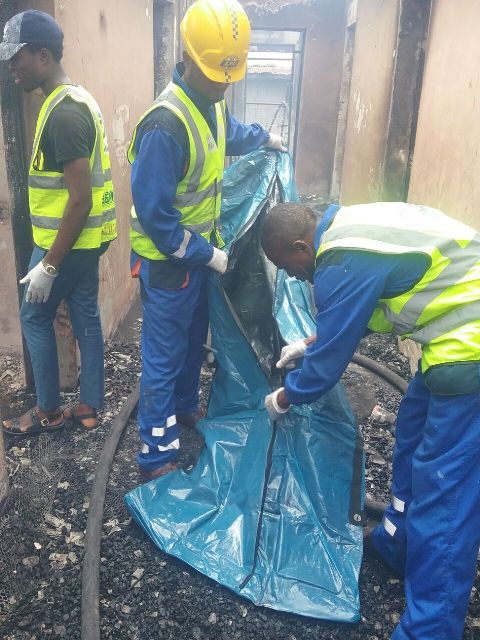 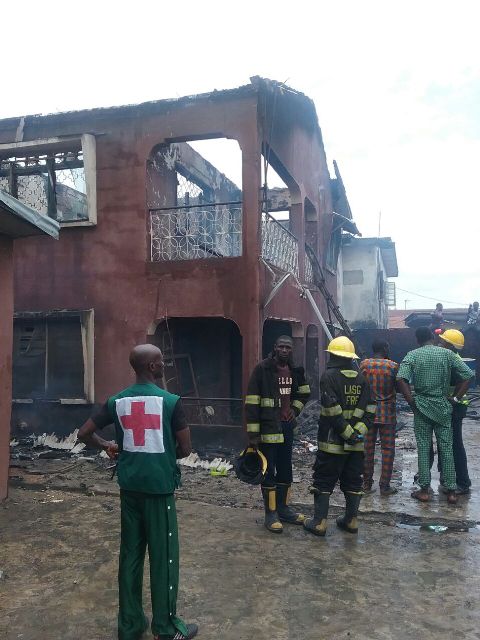