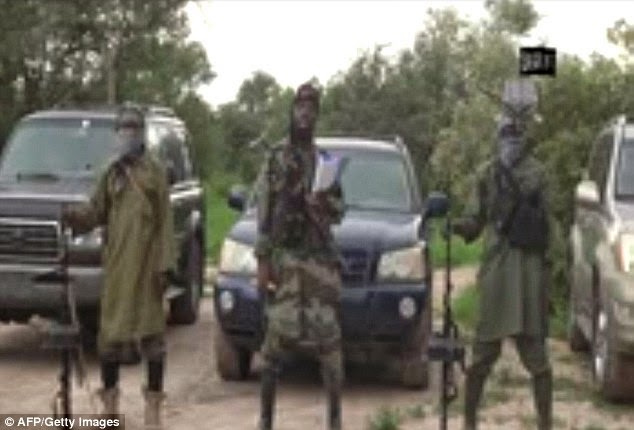 Few days after they recaptured Gwoza from the control of the Nigerian army, members of Boko Haram Islamic sect have declared the town a Caliphate.

This was made known by the notorious terror leader, Abubakar Shekau who claims he is a faithful servant of god.

In the 52 minutes video recently uploaded on YouTube before being taken down, Shekau showed a graphic image of prisoners captured from Gwoza being executed in a ditch.

His message reads in part:

“Thanks be to Allah who gave victory to our brethren in (the town of) Gwoza and made it part of the Islamic caliphate,’By the grace of Allah we will not leave the town. We have come to stay” said Shekau

“The claim is empty. The sovereignty and territorial integrity of the Nigerian state is still intact. Any group of terrorists laying claim to any portion of the country will not be allowed to get away with that expression of delusion and crime. Appropriate military operations to secure that area from the activities of the bandits are still ongoing,’ Major General Olukolade said

Gwoza is a predominantly Christian town in crisis-ridden Borno state.

The terrorists so far have killed over 1000 people and have taken many people hostage.

The video footage shows Boko Haram killing many of their prisoners in a ditch.

See helpless prisoners lined up in a ditch moments before their execution. 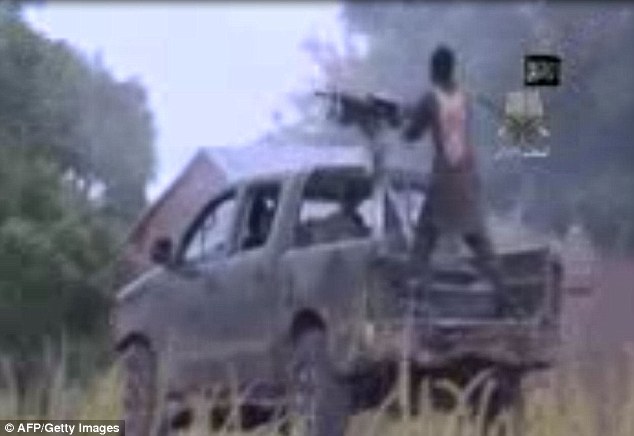 Pictured above is a terrorist operating an heavy duty machine gun installed at the back of a truck.

These extremists are troubled souls being used by super wealth religious fanatics to kill innocent people all over the world. See what they are doing in Iraq, Syria all in the name of religion. They are not even sparing children and women. What a terrible way of life!!!!