Pastor Wale Fagbere, a minister at Christ Apostolic Church (Ona Iye) in Ayetoro area of Yewa Ogun state has come after traditionalists who allegedly poked fun at him for going numb at a shrine in Ketu last week while trying to destroy it.

The Man Of God in a press conference organised by the Ogun State chapter of CAN in Abeokuta yesterday disclosed that he deliberately waited at the shrine for the traditionalists to see him in accordance with instructions from God. 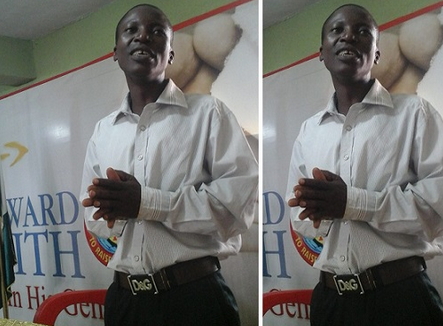 While recounting his ordeal, he said it was the traditionalists who beat him with charms, he however said the charms didn’t have any effect on him.

He shut down the report that he was delivered after some Ifa priests performed rituals on him.

Wale Fagbere however expressed his commitment to delivering the town of Ayetoro from spiritual oppression.