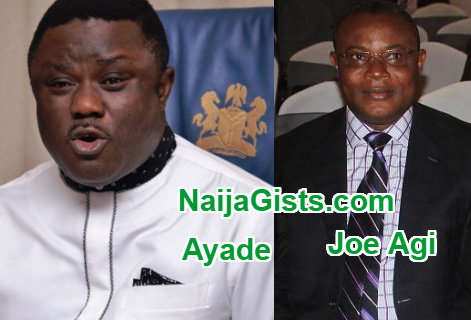 A group of young men suspected to be paid supporters of Cross River’s State governor Ben Ayade caused a mild drama yesterday when they stormed Margaret Ekpo Int’l Airport in Calabar to meet the politician who just returned from a trip to Abuja.

Ayade’s supporters brought a coffin with large photographs of his opponent, Joe Agi to the airport yesterday in solidarity with Ayade ahead of December 9 2016 Supreme Court judgement of the age falsification case Joe Agi instituted challenging Ayade’s eligibility to contest in the primary.

See photos of the protesters mourning the death of Joe Agi at the airport yesterday. 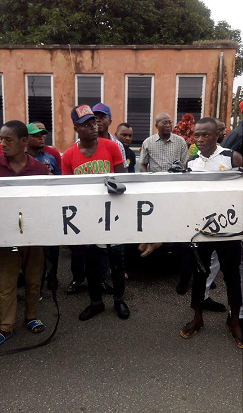 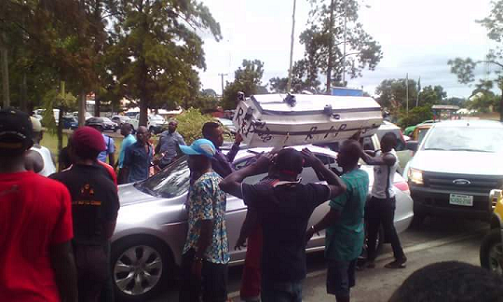 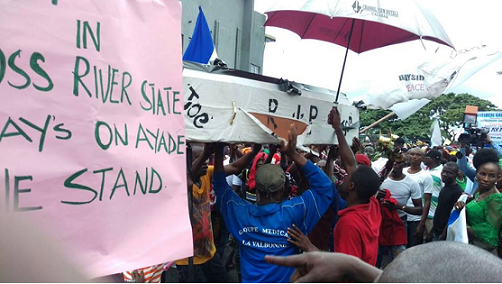