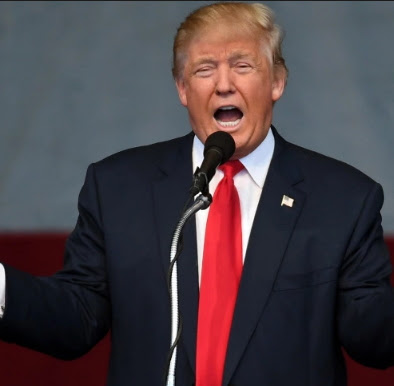 New York Billionaire, Donald Trump’s chances of ever becoming the President of the most powerful Nation on earth has faded after a tape recorded in 2005 showed him making sexually offensive comment about women.

In the tape released by The Washington Post on Friday, Donald Trump reportedly told American Television radio and TV host, Access Hollywood anchor Billy Bush that you can  “grab [women] by the p****” and “you can make them do anything.”

Here Is The Viral Video

Hours after Washington Post released the tape, Republicans nationwide distanced themselves from the GOP Presidential nominee and asked him to step down.

Mr Trump took to his Facebook page last night to offer an apology.

He said he would still partake in the second debate with Hillary Clinton tomorrow.

Chai!!! this is one controversy too much.