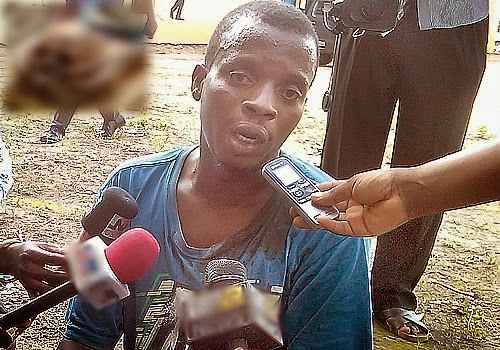 …The Spirit Of The Victim Tormented Me, My Head Started Swelling & I Ran Out Of The House

Pictured above is a trouble self-proclaimed Pastor of a Cherubim and Seraphim Church in Modakeke, Osun State Nigeria who was recently arrested with a human skull and charms.

The 35-year-old man identified as Pastor Clement Oyetunde was caught at his church premises on the 9th of October 2014 in Adeowo area of Modakeke after he allegedly suffered from mental disorder. 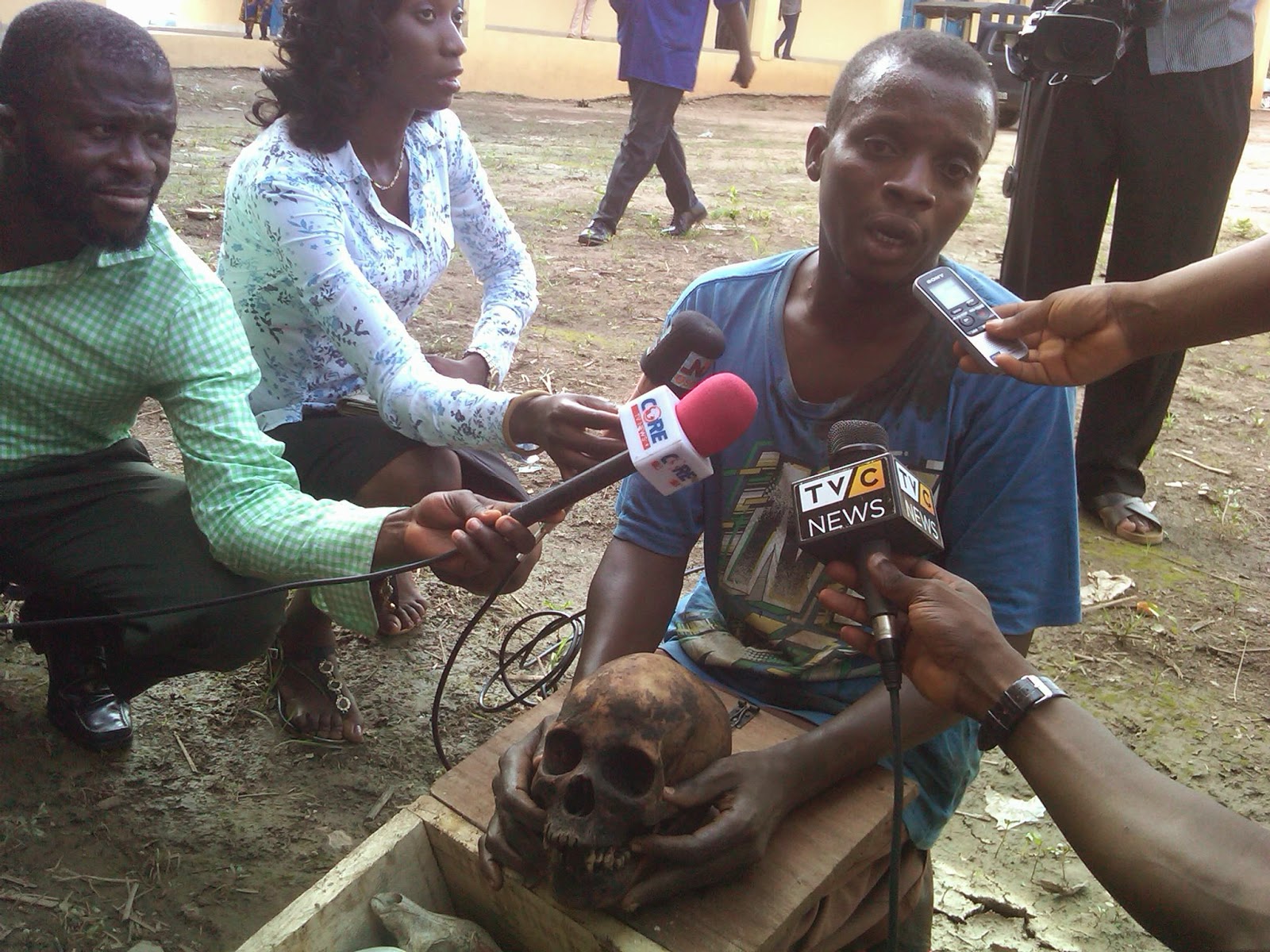 “I am a pastor of the Cherubim and Seraphim, Oke-Itura parish, Adeowo area in Modakeke in Osun state. It was Wasiu that brought the skull to me, We buried it at my backyard. Wasiu left immediately and I don’t know his whereabout, now.

“Few days later, while I was asleep in the house, I hear strange voices singing and drumming in Christian way as if they were worshiping. The tune suddenly changed into traditional song and some invisible spirits started telling me that I should return the skull of Iya-Orun. They told me that the skull buried in my house was Mama Osun’s skull and that the woman was from Ondo in Ondo state.

“They insisted that I must return the skull and the noise was too much for me to bear as my head was swelling. That was why I ran out from the house and called for help so that the spirits would not kill me inside the house. It was then that the people in my area gathered and they eventually called the police.”

Osun State Police command are currently after Wasiu who has disappeared into thin air.