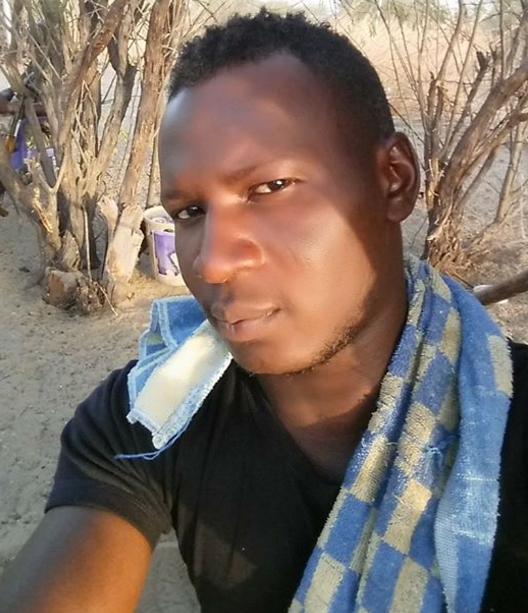 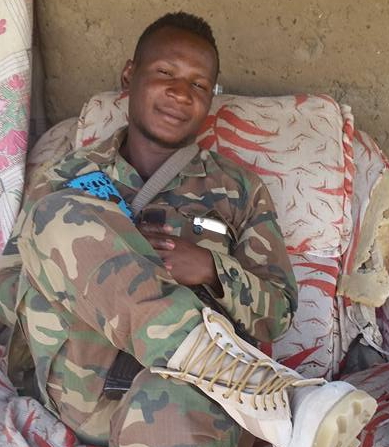 The soldier with Facebook handle @ trillioniare took to Facebook on Monday to tell his friends that he no longer have feelings for humanity. 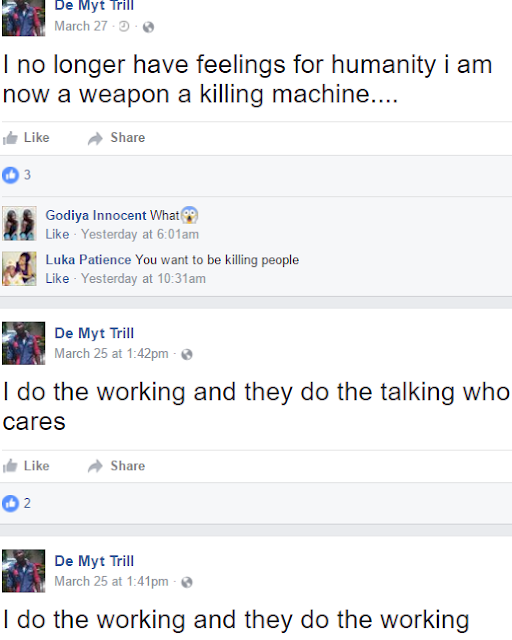 Since then, he has been telling people about his movement.

As at yesterday, De Myt Trill shared photos of himself at Garin Giwa Village in Baga area of Maiduguri. 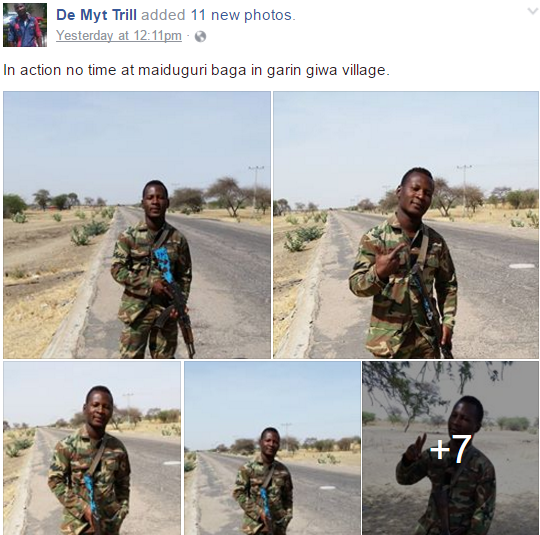 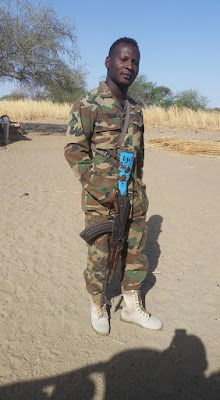 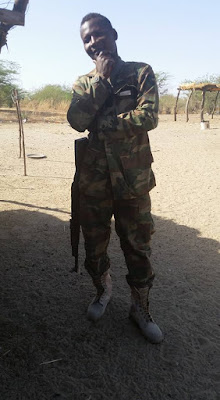 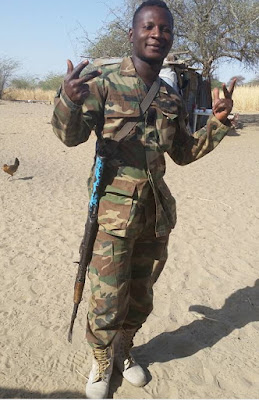 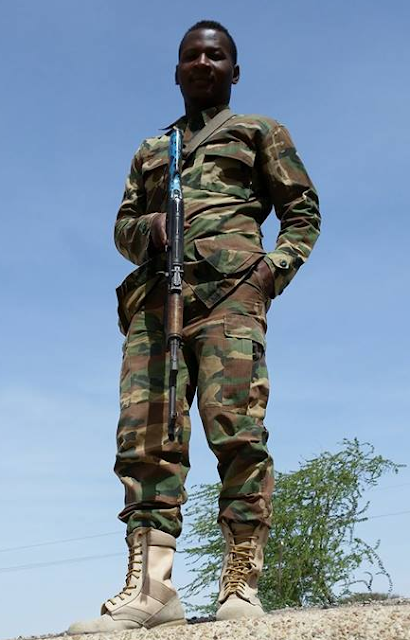 The Nigerian army must pay close attention to this guy because if care is not taken, he might do the unthinkable.

His revelations is also not good for the Nigerian soldiers on the battlefield because the terrorists can use his information to launch attack on the troops.

Continue Reading
You may also like...
Related Topics:depressed, nigerian, soldier