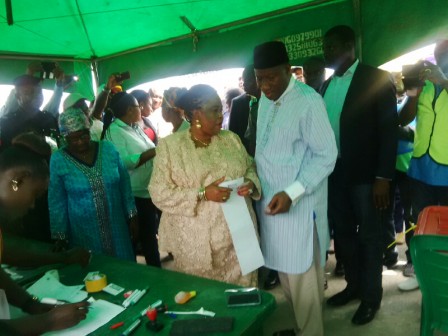 Ex-President Jonathan and his beautiful wife Patience Jonathan stepped out of his mansion in Otuoke today around 1:40pm to participate in the just concluded Governorship election in Bayelsa.

GEJ participated in the election at a polling station erected opposite the main gate of his house in Otuoke but shockingly the Card Reader failed to recognise his fingerprint. 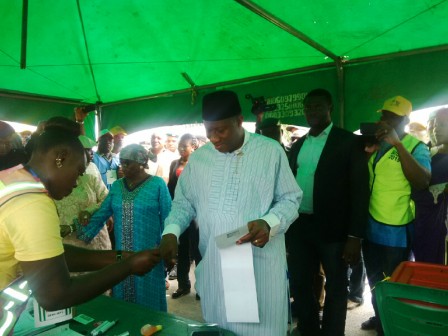 Apparently angered by the Card Reader failure, Jonathan lamented what he called “the high rate of card reader failure.”