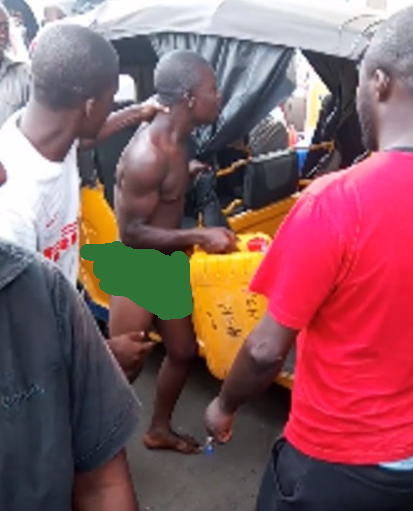 A young man working as a tricycle rider was captured on camera recently at a petrol station in Lagos doing nude protest.

The unidentified napep rider stripped himself naked the moment attendants refused to sell petrol in his jerry can.

He was told to go and bring his napep because selling petrol inside jerrycan can cause explosion.

He immediately stripped himself naked in protest as others who brought jerry cans to the station got fuel.

He laughed the last laugh as the attendants later attended to him hours after the bizarre protest. 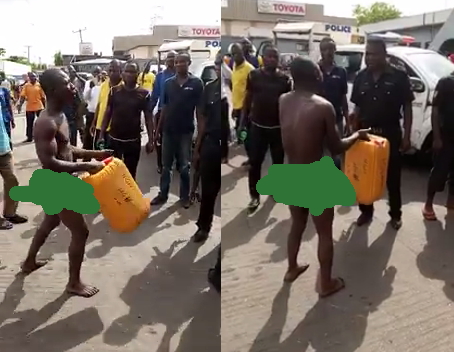 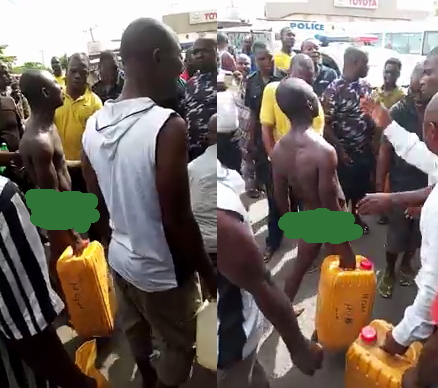 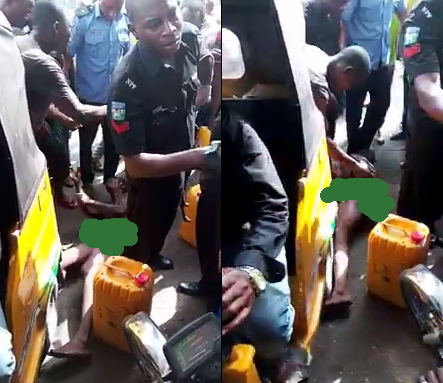