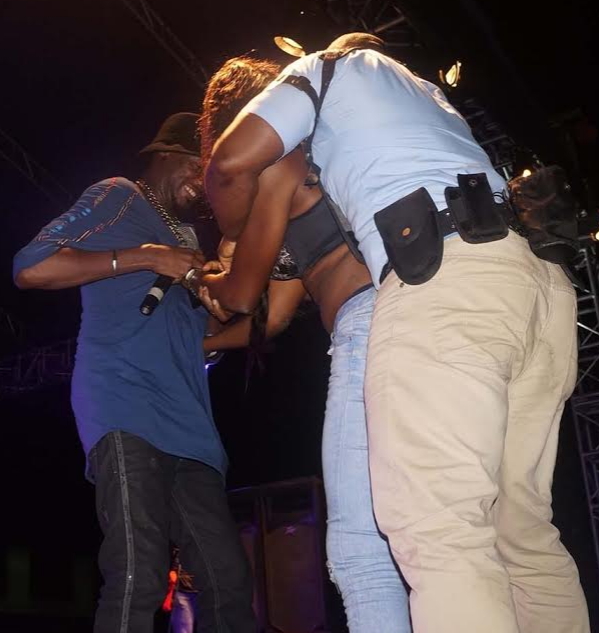 On Saturday August 8, 2015 at the Sapele leg of the ongoing Star Music Trek tour, a lady cause mild drama while Afroqueen crooner 2face Idibia was performing on stage.

The unidentified lady whose goal was to strip Tubaba to feel her oranges allegedly dodged the event’s security guard and ran on stage as the singer was singing.

The lady grabbed 2face from behind, pulled him close and stripped off her top.

She was overpowered by the security guard on duty as she was trying to take off Tuface Idibia’s clothes on stage. It took the guard some time to overpower the female fan.

2face Idibia’s wife who was present at the event wasn’t that pleased with the rude gesture. The sad expression on her face says it all. 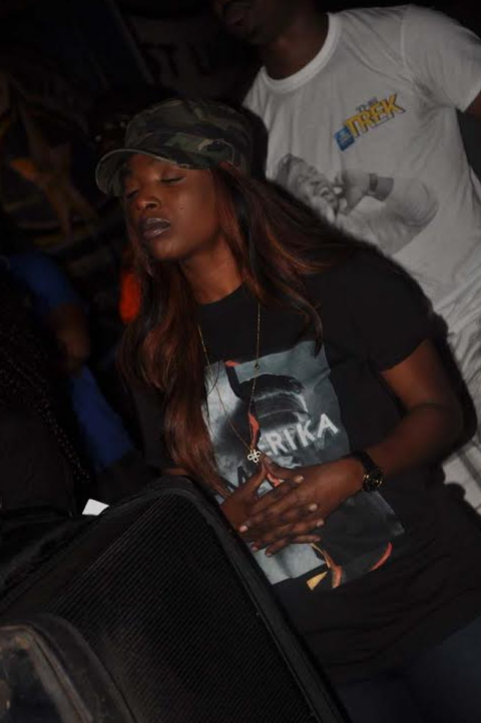 Everyone including Annie thought it was a comedy skit but the event organizers denied it. 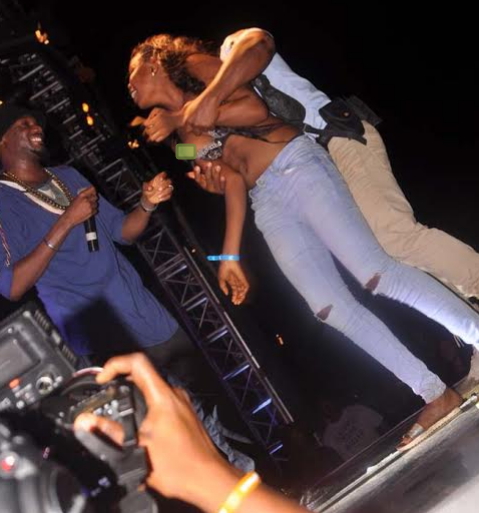 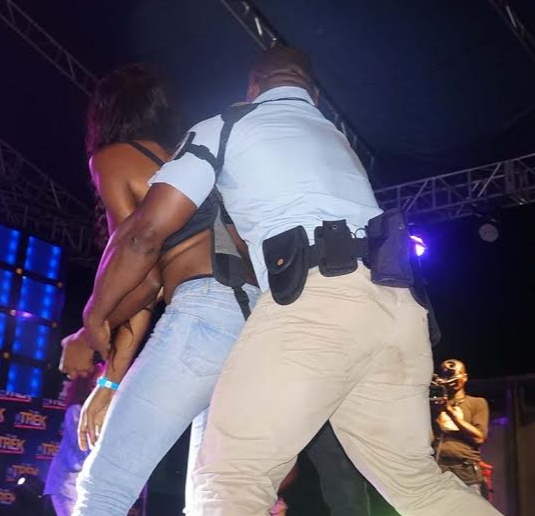 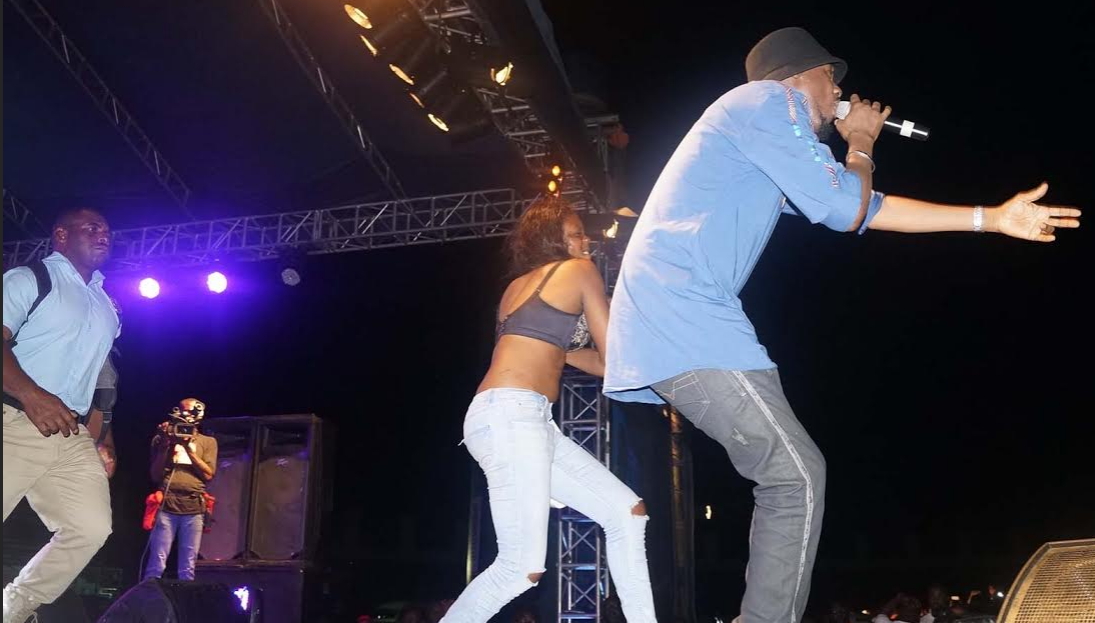