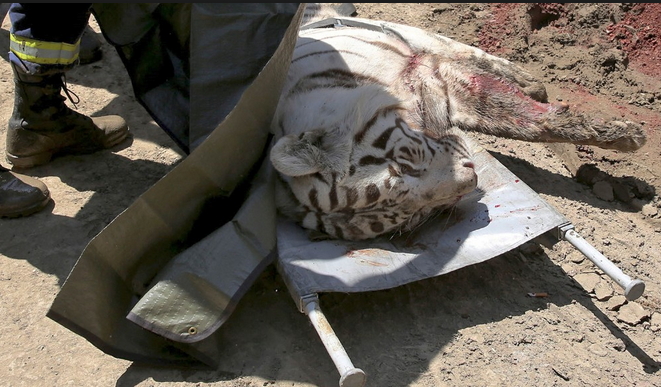 One of the wild animals currently on the run in Tbilisi, the capital of Georgia has killed a man.

On Sunday several zoo animals including a hippo, wolves, bears, lions ran into Tbilisi after a heavy downpour that loosened them from their enclosures. 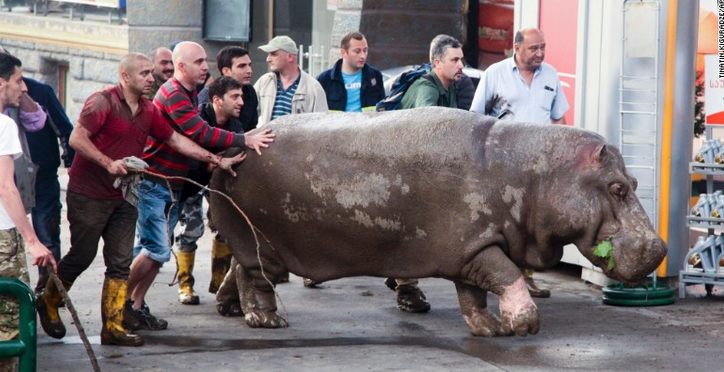 A Hippos which escaped from the zoo

The city has been placed under a lock down to enable wildlife experts and police to round up the fleeing animals.

A Governor spokesperson said the tiger killed a man and injured another near Heroes Square in Tbilisi.