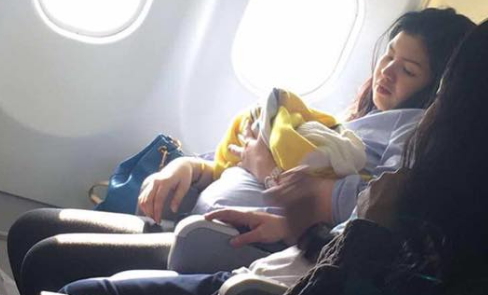 A woman expected to deliver her baby in October delivered a premature baby on Sunday morning on a Cebu Pacific flight heading to the Philippines from Dubai.

According to Daily Mirror, the lady started having contractions about five hours to her destination .

A fellow passenger who took the pictures said two nurses on the plane assisted the woman in the delivery which took about 15 minutes.

The whole nature drama came as a surprise to the mother who picked her pregnant daughter up from Dubai because her due date supposed to be in October.

The baby who was born prematurely at 30,000 feet survived.

The new mother was forced to bathe in mineral water from the flight’s supplies as other parents on board donated clothes to her. 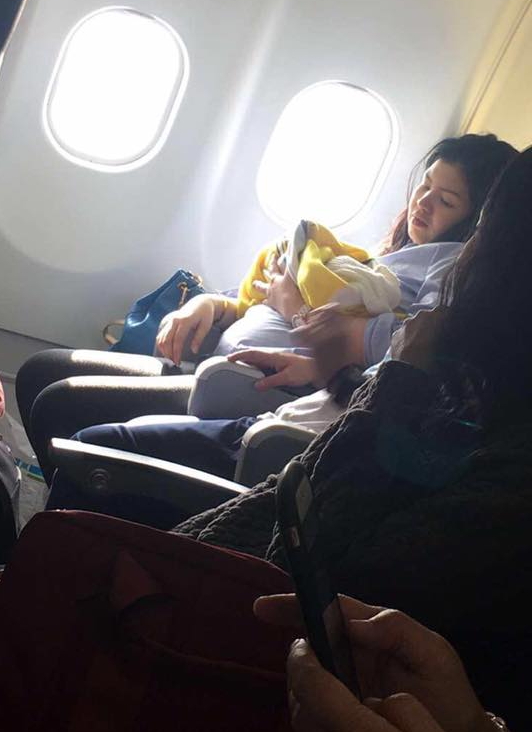 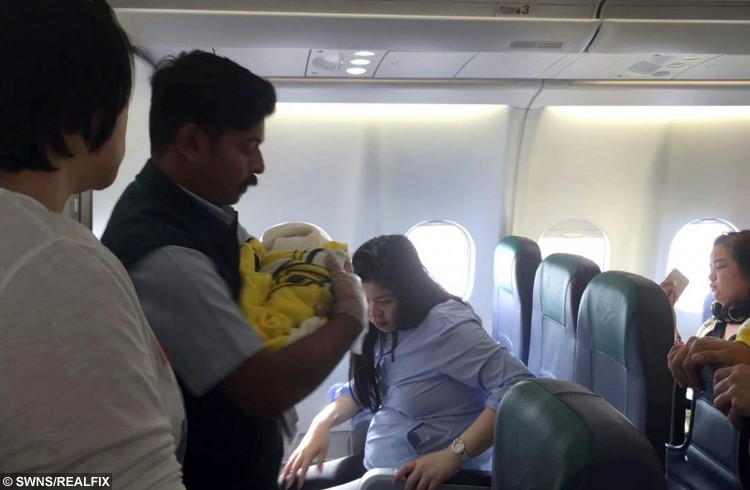 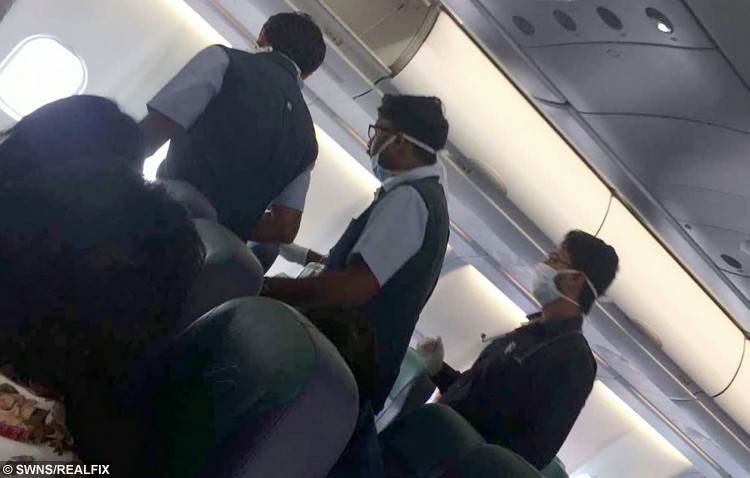 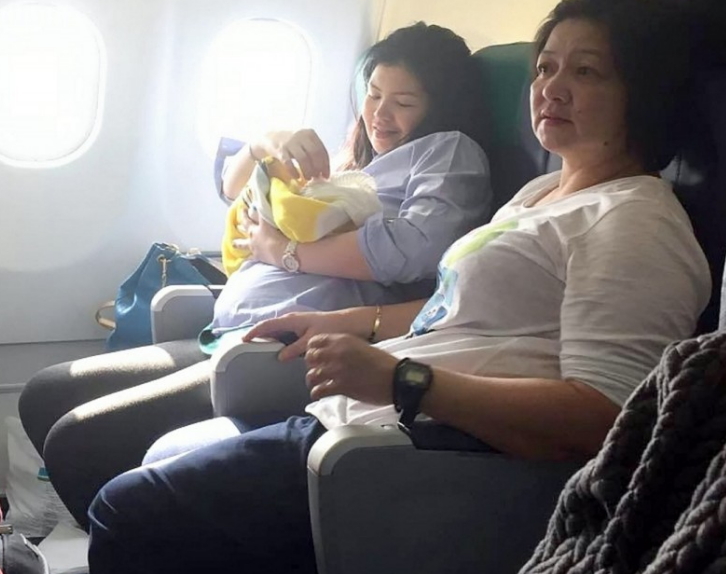