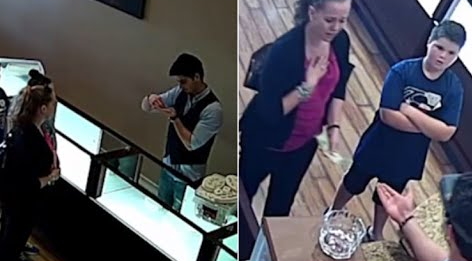 A Dallas-based Arab man brought tears to the face of a desperate mother of two looking for cash in return for her gold.

The woman reportedly walked into a Cash for gold store in Dallas and offered to sell her gold for cash.

After spending his time to look intently at the gold, the man counts out a wad of cash and hands it to her.

He also returned the gold to the woman who broke down in tears before giving the Cash For Gold employee a hug.

The Arab man is said to be a Syrian refugee based in Dallas.

He even wrote down his number for the woman asking her to call him if she needs anything.

Facebook critics alleged that the video uploaded by America for Arabs is a commercial doctored to show a softer side of Islam.