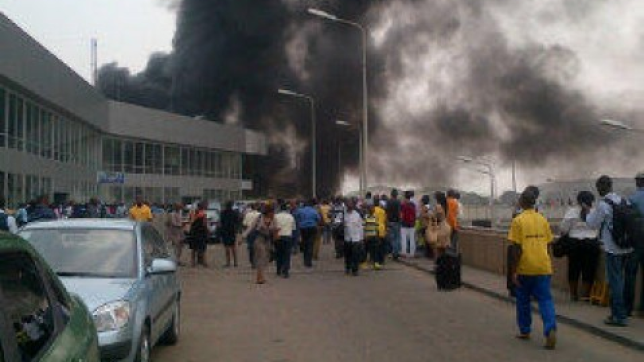 The management of Murtala Mohammed International Airport in Lagos have revealed the exact cause of a mystery fire that rocked the Commercial Department of FAAN (Federal Airports Authority Of Nigeria) today.

The officials said the inferno was caused by a power surge from FAAN office on the second floor of the airport this morning.

Eyewitnesses said firefighters put out the fire before any major damage was done.