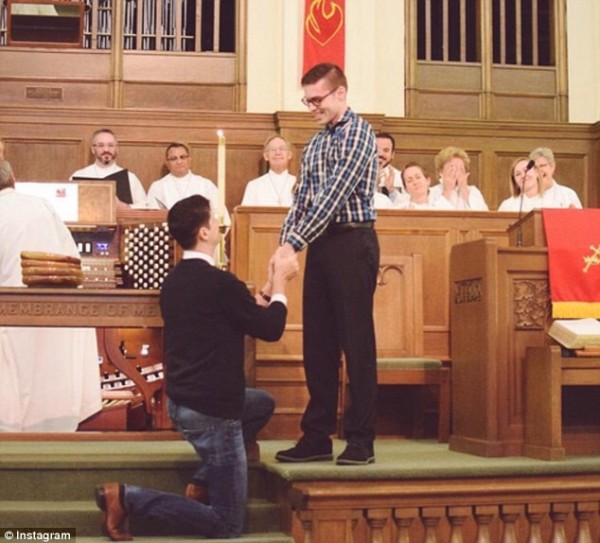 A gay couple recently did something that shocked church members at The First United Methodist Church In Austin Texas.

Over the weekend 36-year-old Trevor Harper went down on his kneels to propose marriage to 30-year-old Davis Covin, his same sex partner of over 9 years.

Davis and Trevor both live in Texas. They met in 2006.

Trevor who planned the proposal with his pastor, Rev John Wright, went on both kneels this past Sunday and popped the question to Davis.

Since the United Methodist church forbids Same sex marriage, Rev Wright claimed he believes permitting the gay couple to do a proposal on the altar will be the best way to honour their relationship. 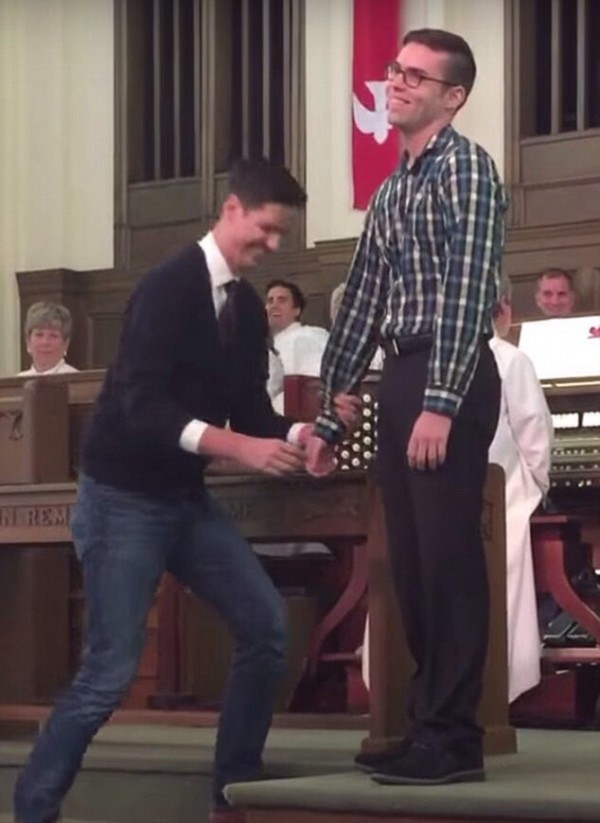 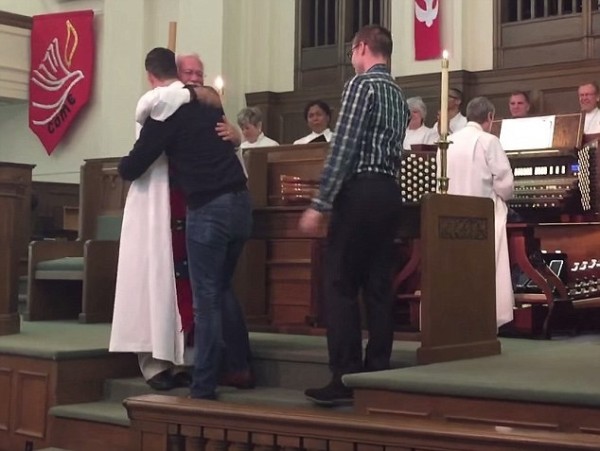 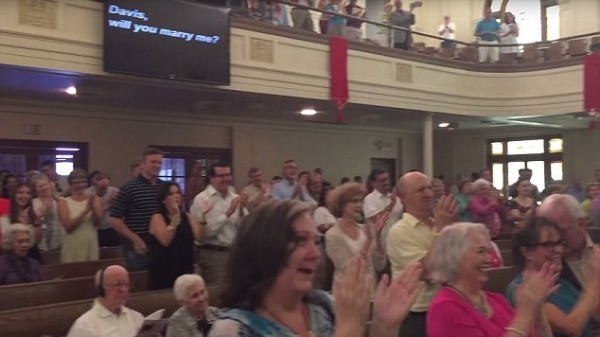