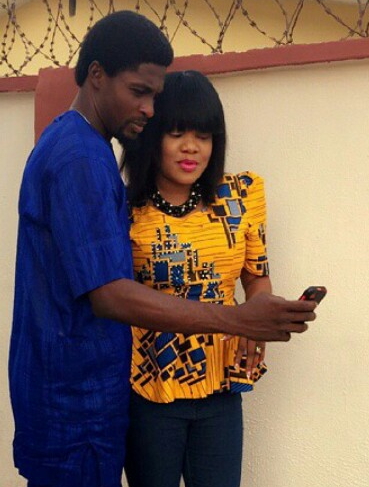 Nollywood actress Toyin Aimakhu has finally made up her mind to divorce her handsome, serial womanizer hubby, Adeniyi Johnson.

Even after her hubby tenders a public apology, the actress has made up her mind to let go of her marriage due to lack of trust.

A source told Stella Dimoko that Toyin Aimakhu recently got a hold of a series of dirty chat between her hubby and one of her staff.

A source close to Adeniyi Johnson said the lady went to Toyin and showed her a series of secret communication between her and Niyi.

At that point, Toyin said she has had enough. She fired the staff in question and went ahead to consult her lawyers.

She is currently working on divorce proceedings on the ground of infidelity.

A source told NaijaGists.com today that the actress secretly left Naija to relieve herself of marital stress.