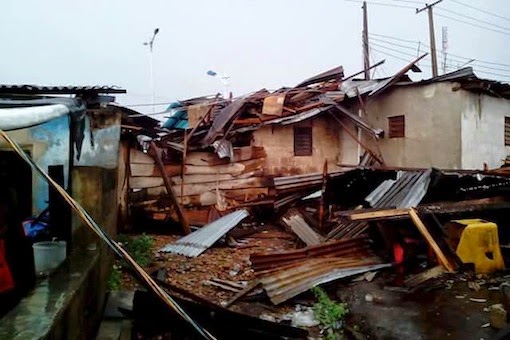 Residents in some parts of Abeokuta, Ogun state capital are now counting their following the havoc wrecked by rain last night.

The rain which began around 4:17 pm on Saturday and lasted for about two hours, was preceded by heavy storm which caused many residents in Abeokuta to gnash their teeth as they picked the remnants of the belongings destroyed by the rain.

Also, many PHCN and Mini Power poles were seen falling on roads like Oke Ilewo, close to Sweet Sensation eatery, Isabo and Erumbe.

The big bill board of senator-elect, Tejuoso erected in front of his campaign office was pulled down while another mounted directly opposite Amolaso junction in Kuto was uprooted.

The OPIC building, which is a glass house, located at Oke Ilewo area of the town has a touch of the disaster, as parts of the structure was shattered and broken.

Our correspondent also gathered that some areas in Ijebu Ife, Ijebu Ode, Ago Iwoye, Atan, Odosimadegun, Ikija, Ota, Sagamu, Ogijo, Sotubo were also affected in one way or the other. 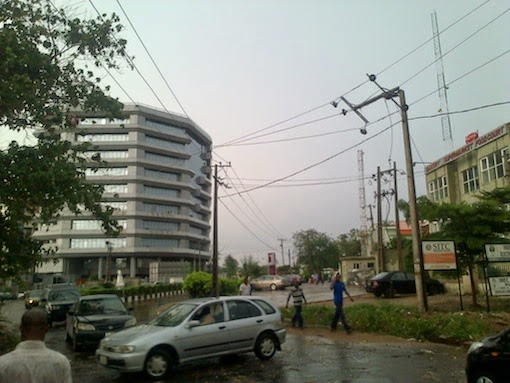 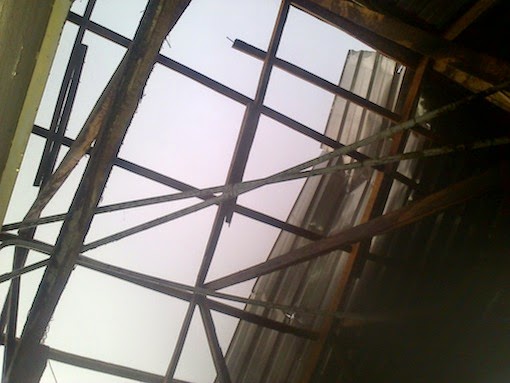 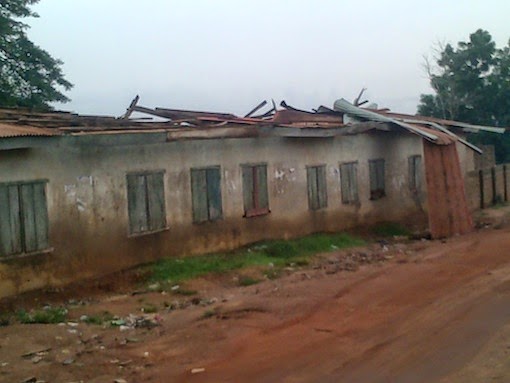 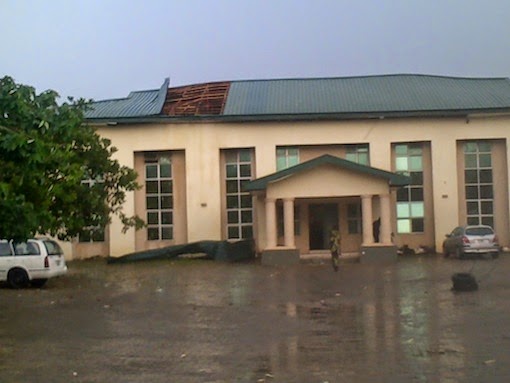