Tuesday the 13th of June 2017 was a bad market day for a suspected assassin from Delta state after his mission to Lagos was foiled by vigilant residents of Jakande area of Lagos.

A boutique owner was going about her daily business when the unwanted visitor sneaked into her store.

The man bit her before putting a rope around her neck in a bid to strangle her but the woman managed to scream for help.

Residents who heard her scream rushed to the boutique, caught the suspected assassins and stripped him naked.

They were in the process of setting him on fire when a police team on patrol came to his rescue.

Before he was taken to Jakande Police station, he told police he was sent to carry out the assassination by some people in Sapele. 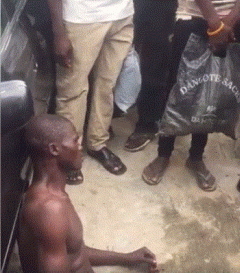 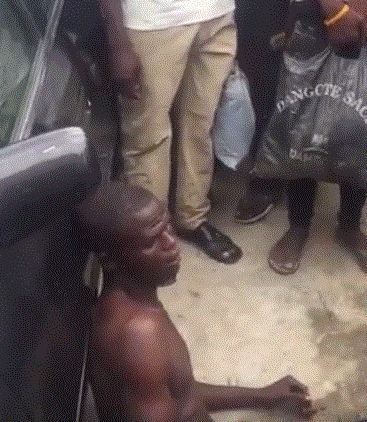