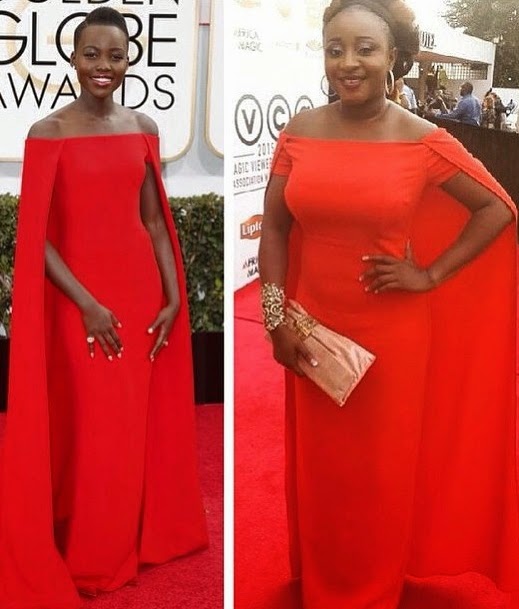 The original version of the Ralph Lauren gown is currently being sold online for $7000.

Ini Edo’s critics on the social media think the actress wore the fake version of the expensive dress to the event last night. Many claim the actress shows fans how substandard and unoriginal she’s last night.

They believed she should have come out with a unique design instead of copying Hollywood stars.

However Ini Edo told her instafans that the dress was picked for her by an image consultant.

“Amvca nite .. Thanks to my glam squad @fruition image consulting @mercedesrichards24 ur a darling n thanks to @facevillemakeovers # from de day u saw dis outfit on lupita, I fell in love n knew it was a must have #ralphlauren#Roberto cavalli#i love me” 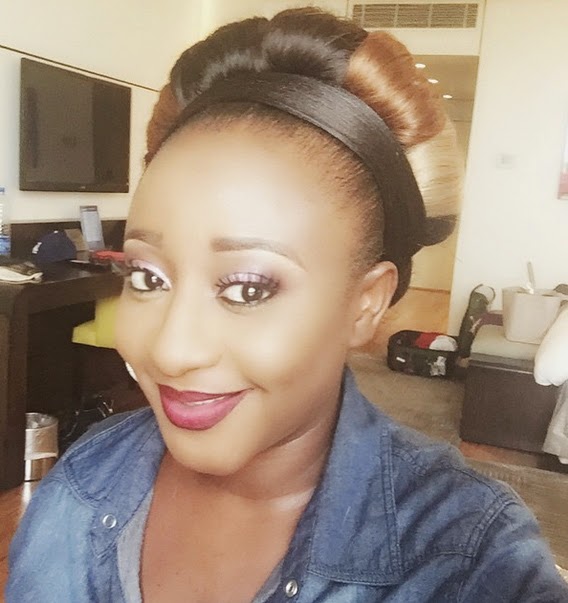 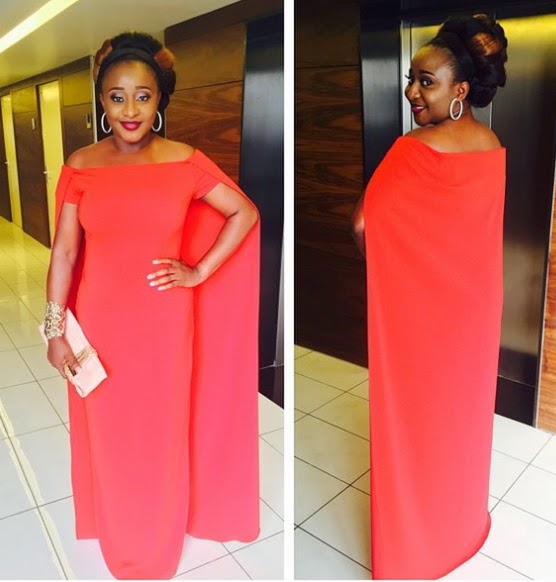