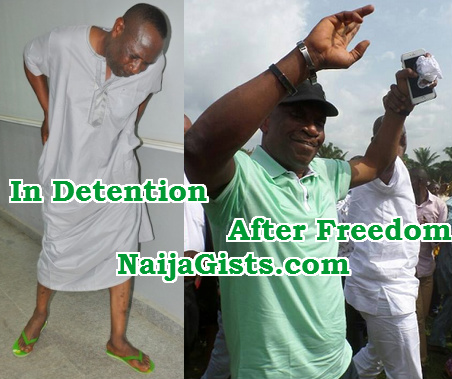 Do you remember the honourable that was picked up by the DSS last week?? The controversial politician has been released to his boss, Fayose. 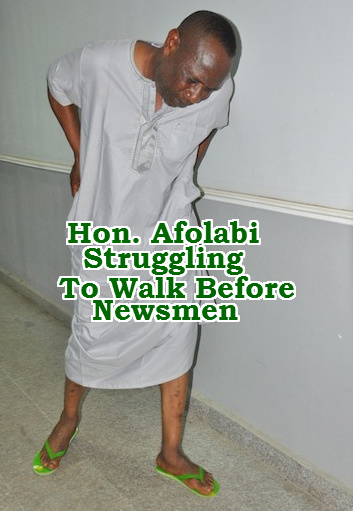 The DSS released him yesterday and guess what? he landed in Ekiti in an helicopter sent by his Oga.

He received a rousing welcome in Ekiti today.  See photos…. 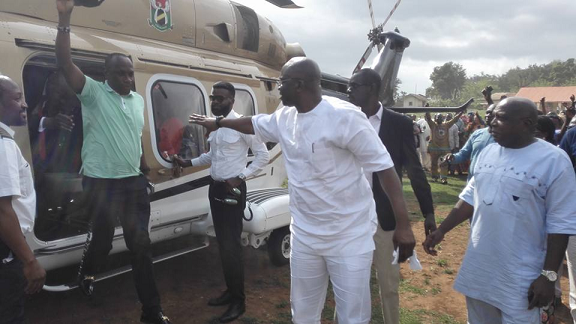 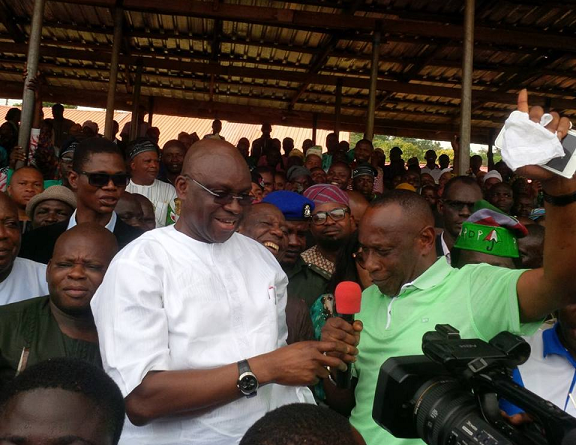 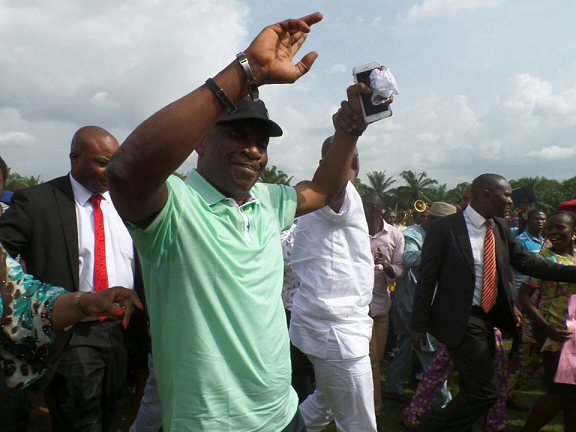 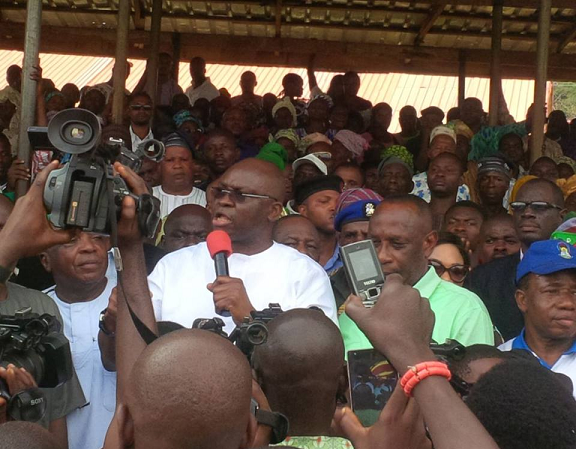 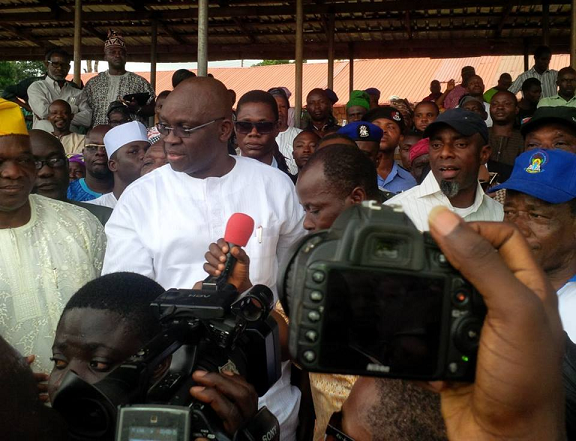 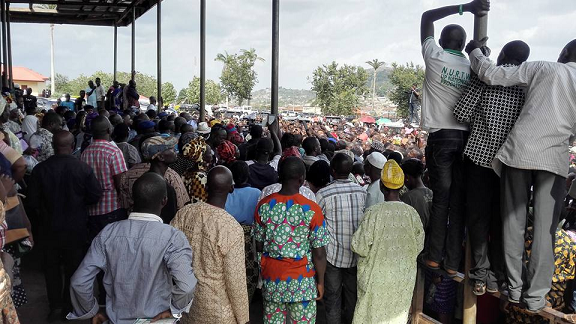 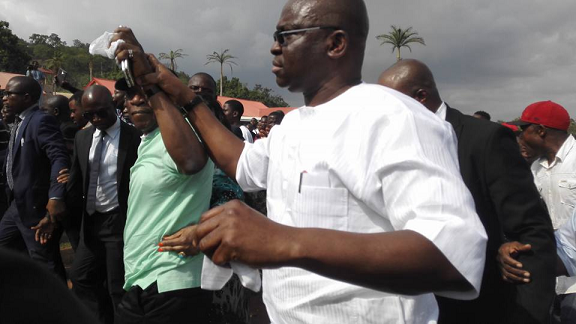 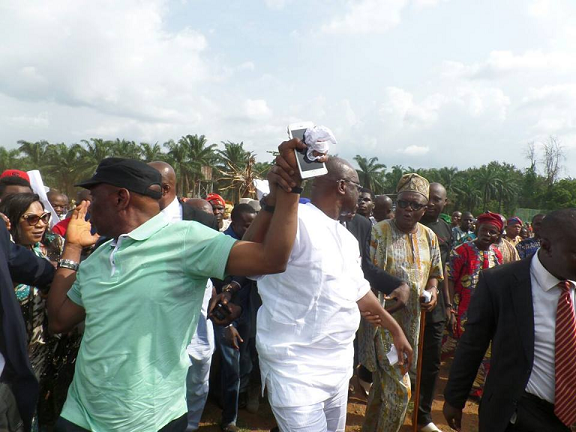 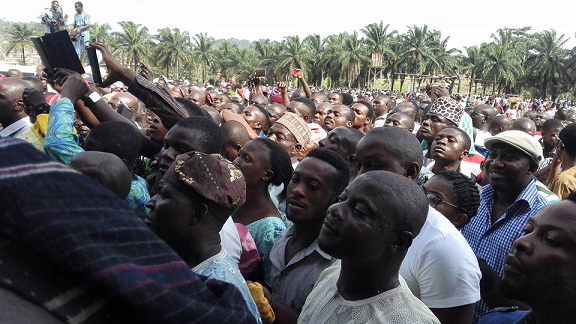 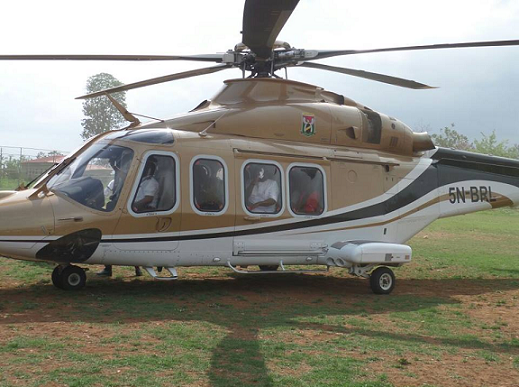 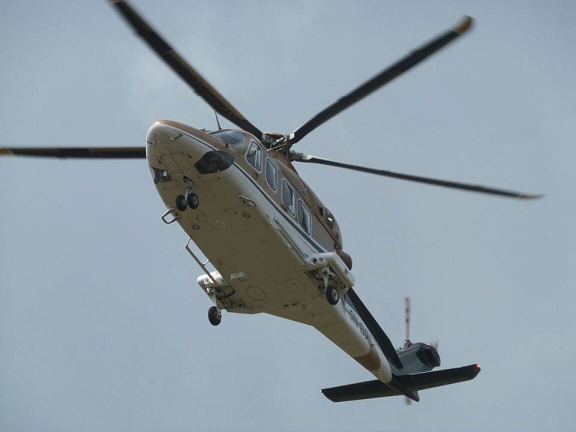 This is the same man Fayose said has died in DSS detention.