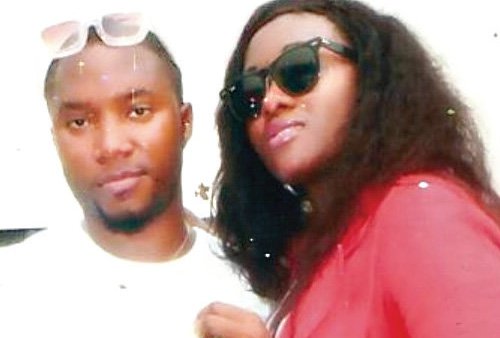 The gruesome murder of 22-year-old Precious Naza Onyenanu, who graduated last year from Imo State University with a degree in Edu­cation (Economics), has given her traumatized father, Mr. Innocent Eze Onyenanu and other relations the greatest shock of their lives.

He still shudders every time the thought flashes in his mind and his tears have also not ceased to flow. Precious met Ephraim in 2012, when he was posted to Imo State for the national youth service and they fell in love. After his national youth service year ended, Ephraim maintained his relationship with Precious, in the hope of eventually going into marriage after the victim’s graduation. But that, as it has turned out was just a ruse and dummy sold by Ephraim to Precious, to string her along. Innocently, and being a young woman as she was, Precious believed him hook, line and sinker.

Rather than formalizing the mar­riage, exchange rings and marriage vows, what Precious got was unkind­est and deadliest cut that ended her life, from the young man she once called, “my darling.”

The road that led to the tragic end of Precious began when her father asked her to travel to Port Harcourt to escort her sister, Mrs Ezinne Bless­ing Godswill, to Imo State, to spend the 2015 yuletide with the family. Presumably seeing the trip to Port Harcourt as an opportunity to see and spend some time with Ephraim, she excitedly called him and intimated him about the planned visit to the Garden City. On Saturday, December 5, she left for Port Harcourt, with absolutely no premonition of the evil fate that Ephraim had carefully scripted for her.

Unknown to her, Ephraim who had professed undying love for her, was also secretly nursing an evil plan against her, and looking for an opportunity to execute it. Pretending that all was well, the suspect booked a room in a hotel (name withheld) at Rukpokwu about 7 am and left. He was said to have called Precious on the phone, and told her of the hotel where she would stay and the bus-stop she should alight after arriving in Port Harcourt.

With grief laden in his heart, Pre­cious’ father made a manly effort to recount to Sunday Sun reporter how the daughter came to a horrific end: “On Saturday, December 5, 2015, I sent my daughter to Port Harcourt, to bring her sister from Port Harcourt, to Imo State. She left Owerri about 7am. About 12.30, I tried to call her on the phone, to know if she got to Port Harcourt safely, but her phone was switched off. I tried all through the night, but the call did not go through.”

The 67-year-old businessman disclosed that when the phone eventu­ally went through the following day, Sunday, December 6, 2015, it was a male voice that responded.

His words: “About 12:30, the following day, Sunday, December 6, 2015, the phone rang and it was a male voice that spoke. Just before I could ask him about the owner of the handset, he quickly switched off.”

At that point, Onyenanu said he became afraid and concluded that his daughter had been kidnapped. He said he rushed to the Anti-Kid­napping Unit of the Imo State Police Command, Owerri, to lodge a complaint. And when he went back to the Command the following day, Monday, December 7, 2015, for necessary documentation, Precious was declared missing by the police. The Imo State Police Command was said to have investigated the case throughout the week, but all efforts to unravel the mystery surrounding the sudden disappearance of the girl proved abortive.

But on Monday, December 14, while at the Imo Police Command, the distraught father said he received a phone call from his brother-in-law living in Port Harcourt, Ifeanyi Nmezi, who told him to rush to Port Harcourt, adding that his daughter had been murdered. In his confused state, Eze went to Port Harcourt and joined his daughter, Ezinne, at the Homicide Section, where she had already written a statement in respect of the murdered Precious.

Detectives in Rivers swing into action

In the course of the investigation, policemen attached to the State Criminal Investigation Department (SCID), Rivers State Police Com­mand approached one of the GSM service providers and obtained the call log with a view to knowing the last person she communicated with before her gruesome murder. With the information provided by the GSM network company, the police identi­fied the person who spoke to Precious last and also sent a Short Message Service, SMS to her, describing the bus stop where she should alight and the name of the hotel where they would lodge. The policemen later traced the suspect, arrested and detained him. After initial interroga­tion, the detectives took the detained suspect the following day to his house where they conducted a search. And in his house, two handsets belonging to the victim were found.

Father of the victim takes up the tale: “When the police found the two handsets, I was invited to come for identification. It was our housemaid, Chiamaka, who knows the handsets used by my daughter that identified the phones.”

But in an effort to cover the alleged crime, Ephraim deleted all the contacts in the handsets, which he also claimed belonged to him. To further confirm the real owner of the handsets, the police took them to the service provider, who restored the deleted contacts and call log.

“It was after the contacts were restored that the police saw the SMS Ephraim sent to my daughter, telling her the bus stop to alight at Rukpokwu,” Onyenanu further said.

According to the account of the management of the hotel, the suspect came to book a room on the fateful day at 7am. After paying, he locked it up and went away with the key. About 10am, he came back in the company of Precious.

“After sometime, two of them went out and later came back, holding food in take-away packs they bought from one of the eateries,” a source at the hotel told Sunday Sun.
It was also gathered that after sometime, too, the suspect went out again without Precious. But the director of the hotel felt un­comfortable and suspicious of the movement of the man. He asked him if he was checking out and also asked about the girl he took into the room he had booked.

But Ephraim lied to him, claiming that Precious was sleep­ing, and added that he wanted to buy something and then come back soon.

“Not satisfied with his response, the director asked the manager to call the suspect back. But he (Ephraim) was able to play a fast one on the manager and disappeared. He never came back to the hotel again,” the source further disclosed.

The hotel workers then went to knock on the door of the room but there was no response. After banging on the door repeatedly without any response, they peeped through a hole and saw the vic­tim’s lifeless body on the bed, wrapped with bed sheet and in a pool of blood. It was after the discovery that the management of the hotel report­ed the matter to a nearby police station. A team of policemen went to the hotel, forced the door open and removed the body to the University of Port Harcourt Teaching Hospital (UPTH) mortuary.

Promptly, the police arrest­ed and detained the director, manager and security men. When interrogated, they denied any involvement or knowledge of the crime, but assured that they would identify the customer, who booked the hotel and brought in the victim.

FAMILY DEVASTATED BY THE MURDER OF PRECIOUS

Expectedly, the murder of the young graduate devastated her family, especially her mother, Florence. According to Onyena­nu, Precious, who was the last but one child in the family lacked nothing as her elderly ones and parents, provided for her needs.

He said: “I don’t know how her mother will survive this tragedy; they were too close. Out of my 14 children, she was the 13th. I have two wives. The older children pampered her a lot because of her good character and beauty. My daughter was very beautiful and fashionable. Anybody that came in contact with her liked her.”

Asked whether his daughter and her fiancé had any quarrel which could have led to the dastardly act, the grieving father disclosed to the reporter how one of his daughters told him that Precious had misunderstanding with Ephraim, after someone called him (Ephraim) on the phone one day, and Precious picked the call and the person turned out to be his girlfriend. The incident was said to have angered Precious, who accused the suspect of planning to jilt (dump) her.

“Also, who knows whether my daughter told him about her plans to travel to UK this year for her master’s degree pro­gramme? I’m calling on the Fed­eral Government, the Inspector General of Police, Mr. Solomon Arase, women lawyers, human rights activists, to come to my aid. All I want is justice,” the grief-stricken father moaned.