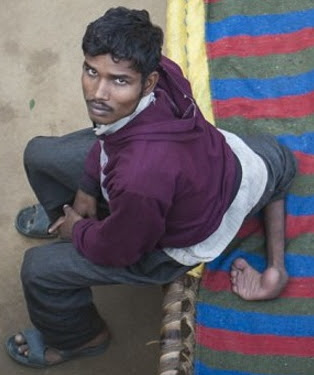 22-year-old Arun Kumar from Uttar Pradesh state in India has begged doctors to remove his two extra legs so he can have a normal life like others.

The young man said the deformity has denied him the right of normal living.

According to his mother, Kumar was rejected by doctors at various hospitals in India because the extra legs were too risky to operate on when he was a baby. Some doctors at a specialist hospital in Delhi have responded to his request and have carried out a series of test to figure out the proper way to remove the extra legs. 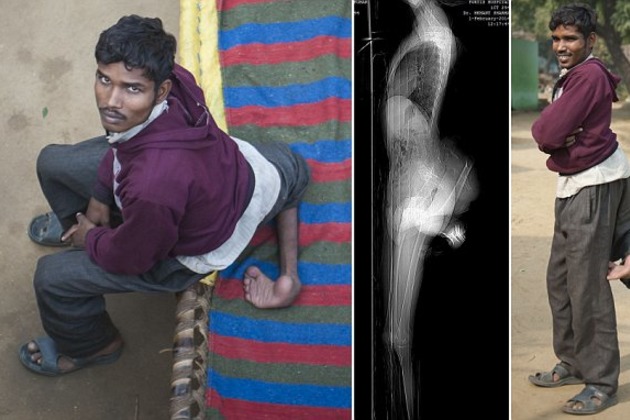 He hopes the doctors can fulfill their promise on time.