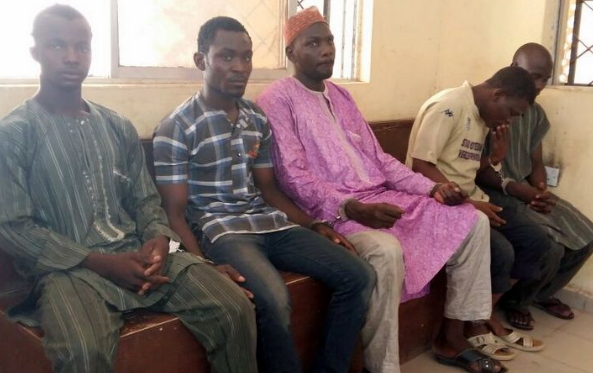 The Christian Association of Nigeria (CAN) and the Igbo Delegate Assembly in the 19 Northern States (IDA) have expressed disappointment over the discharge of the five suspects accused of murdering Mrs. Bridget Agbahime.

A Kano Magistrate Court, presided by Muhammad Jibril, discharged the suspects, after a no -case submission was entered by the Attorney General of Kano State on the matter.

Both associations insisted that there were direct and sufficient evidences to prosecute the suspects contrary to the advice of the Attorney General of the state to the magistrate court.

The Chairman of the Christian Association of Nigeria in the state,

Bishop Ransom Bello, in an interview remarked that the verdict was totally unacceptable adding that the Christian community was grossly disappointed.

He recalled that the state government had pledged to ensure that justice was done in the case but said that the verdict was a far cry from the promises made to religions and community leaders by the government.

He feared that the verdict was capable of setting a negative precedence for other Attorneys-General on how to abort criminal cases, which affect the interests of their indigenes.

He said that CAN was reviewing the situation and would make a formal statement after its deliberation on the matter in the coming days.

Recall that Alhaji Dauda Ahmed,Abdulrahaman Mustafa, Zubairu Abubakar, Abdullahi Abubakar and Musa Abdullahi, all accused persons in the case regained their freedom after a few months in custody.

The deceased, a -74 year old mother was murdered by the released persons at Kofar Wambai market on June 2, 2016 over alleged act of blasphemy.

Continue Reading
You may also like...
Related Topics:bridget agbahime, CAN, igbo, killer, woman