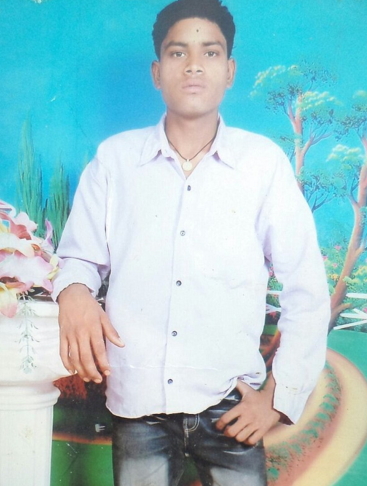 A young Indian father of two has died after cutting his own tongue as a sacrifice to a Hindu goddess.

28-year-old Deepak Kol slumped and died minutes after using a knife to cut his tongue during the holy festival of Navratri. – His father, Sukhdeo told Daily Mail.

Instead of taking him to the hospital for treatment, his family tried to resurrect him by singing and praying. They prayed until 4am hoping the Hindu goddess of Durga will wake him up but that didn’t happen.

Sukhdeo said he believe Durga has given Deepak Kol a place in her lotus feet. 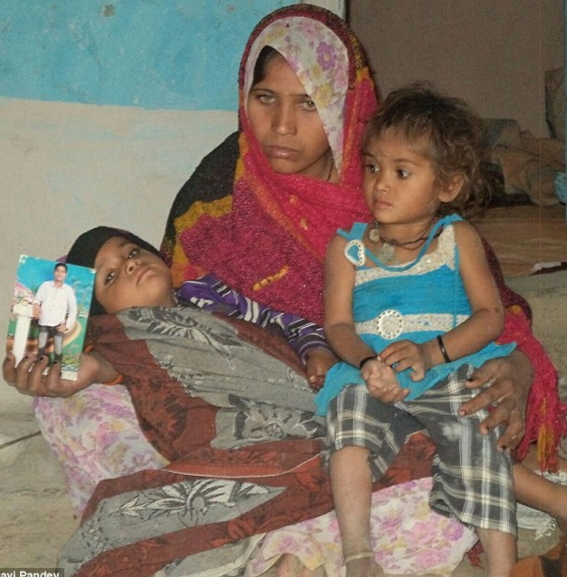 Wife and children of the deceased

The deceased from Kharhata village in Northern India had been fasting for days before removing his tongue as sacrifice to Durga, the goddess of good triumphing over evil.

He fell unconscious in the village temple – but other worshippers, who had fallen into a prayer-induced trance failed to notice anything was wrong for five hours. He died few hours later. 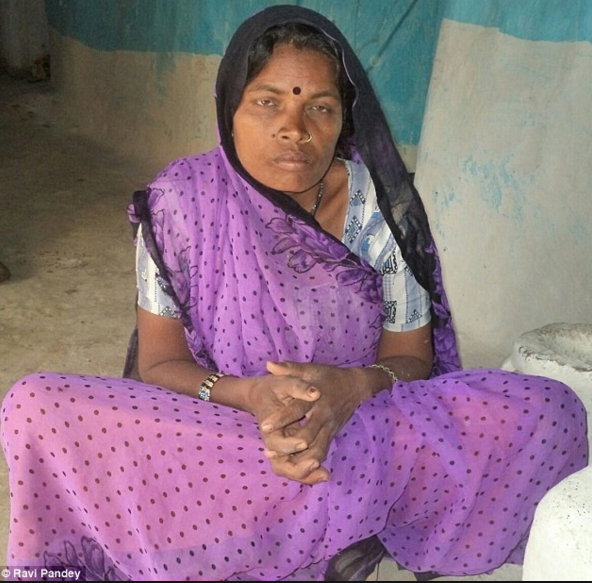 Mother of the deceased

After his death on October 22, his father said: ‘He did not die. The deity has sought him at Her service. It is a supreme sacrifice that my son has done. 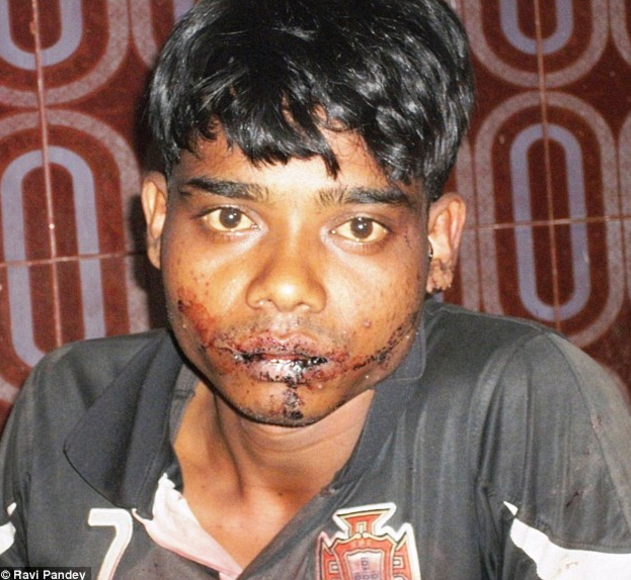 In 2014, 17-year-old Lal Mohan Soren cut his tongue during ritual to Hindu god.

Photo: Soldier Arrested In Lagos For Breaking Traffic Rules
Tragedy In Abia As Kidnappers Shoot Mother While Attempting To Kidnap Her Son