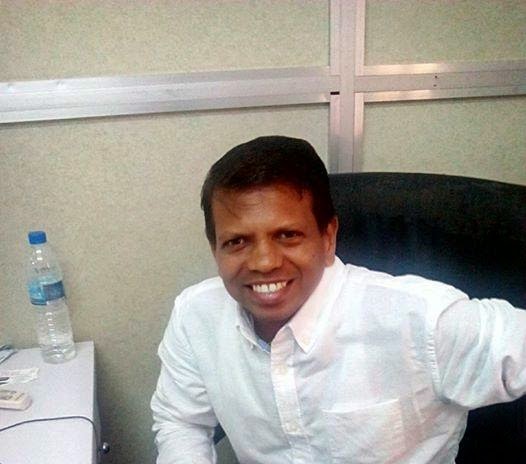 March 2nd, 2015 – Pictures: Indian Man Who Kidnapped Self In Abuja Nigeria To Get Money From Employer Jailed For 1 Year

A 46-year-old Indian man identified as Mishal Vishwanath has been jailed for one year by a Senior Magistrates Court in Wuse Zone 2 Abuja.

Today, the suspect was found guilty alongside his Nigerian accomplice, Pascal Nosori, of joint act and giving false information with intend to mislead a public servant. 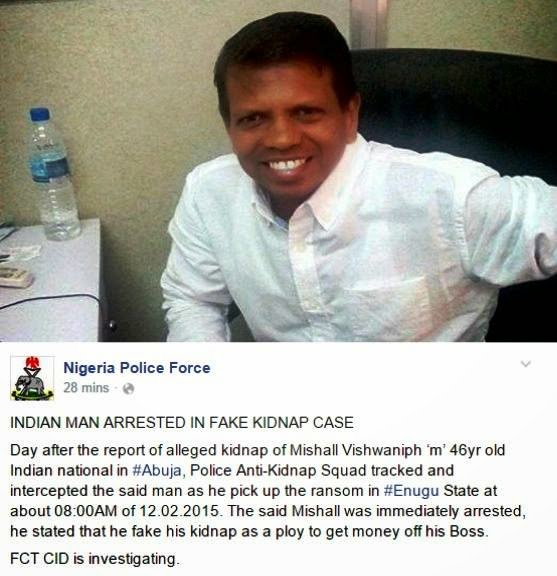 Senior Magistrate Aliyu Shaffa, sentenced Vishwanath of Bassan Plaza, Central Area, Abuja and Nosori of Mararaba, Nasarawa State, to one year imprisonment each, after they pleaded guilty to the charges.

Shaffa, however, gave the convicts an option to pay a fine of N30,000 each.

Earlier, the prosecutor, Mr Simon Lough, told the court that on Feb.10, one Amol Sohont of Bassan Plaza, Central Area lodged a complaint at the office of the Commissioner of Police, FCT.

Lough told the court that the convicts conspired and falsely informed the police that one of them, Vishwanath, was kidnapped.

He said that the convicts demanded N10 million ransom and the police negotiated it down to N5, million.

He said that the money was deposited into a Sterling Bank account, while the convicts were apprehended when they attempted to withdraw the money from the bank.