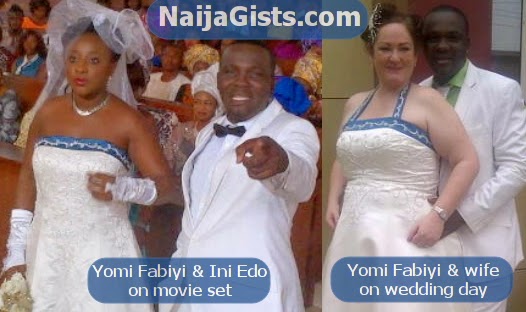 A fan just brought this to our attention in response to Yomi Fabiyi’s divorce news.

‘Father Moses’ is a story about various catholic families living a village. It also involves the governor of a state and his rascal son and Father Moses who’s in love with a girl from one of the catholic families and how the love between them generated lots of conflicts in the village.

Rokan(Yomi Fabiyi) governor’s son also fell in love with Adaobi(Ini Edo) daughter of a fellow church member. Adaobi had rehabilitated Rokan a heady and stubborn boy after causing the state a panic through his attitude.

After many trials, one thing led to another and they (Ini Edo and Yomi Fabiyi) got married.

Check out some photos from the movie set below: 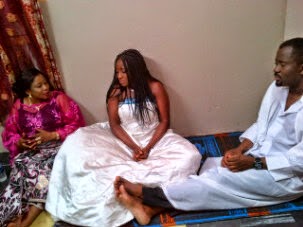 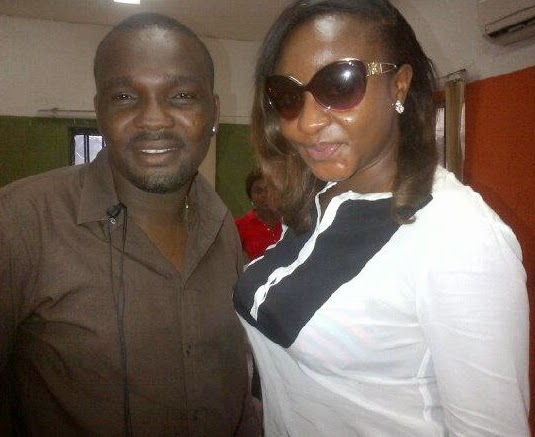 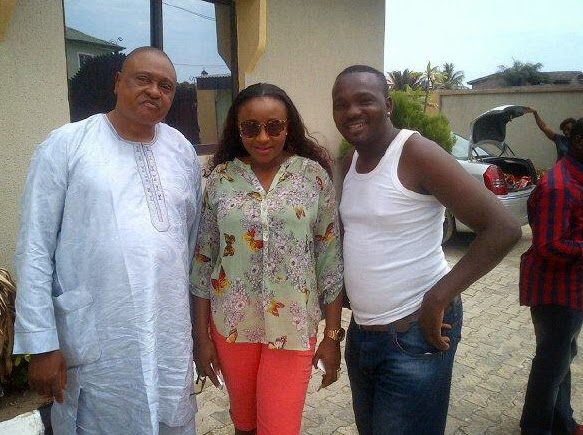 Yomi Fabiyi and his estranged British wife Fran married on the 22nd of December 2012 in Lagos.

Ladies, can you allow another woman to wear your wedding dress?