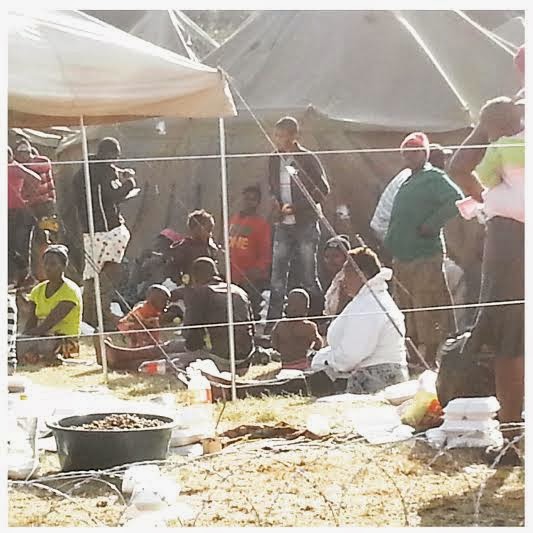 Foreigners forced to abandon their homes in the wake of the last Xenophobia that ravaged South Africa have been placed inside a refugees camp for displaced people in Germiston area of downtown Johannesburg.

The refugee camp which is described as a center where a lot of xenophobic attacks took place is presently housing over 1000 children and women.

It is located next to Primrose Hill Police Station. Volunteers from all over Johannesburg are presently there counselling and giving foods to those who escaped the attacks. 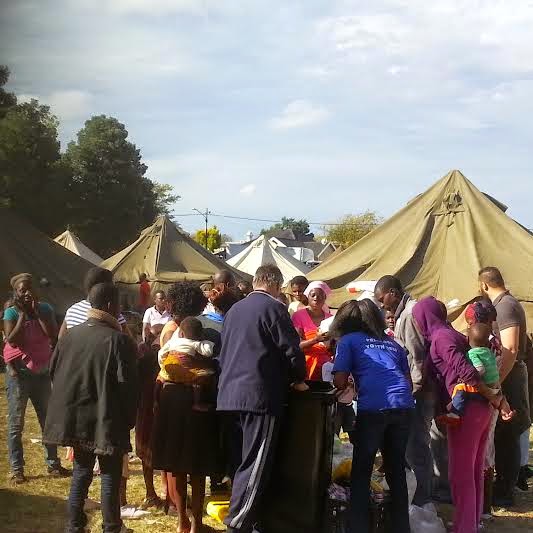 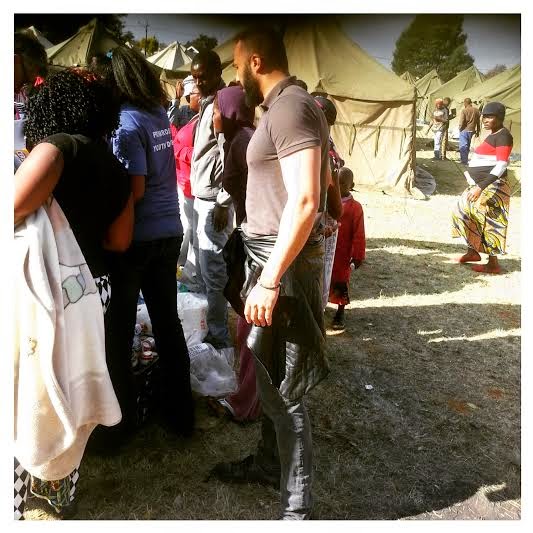 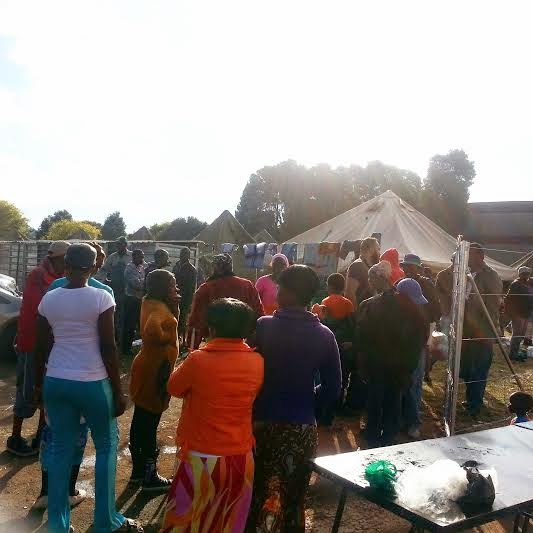 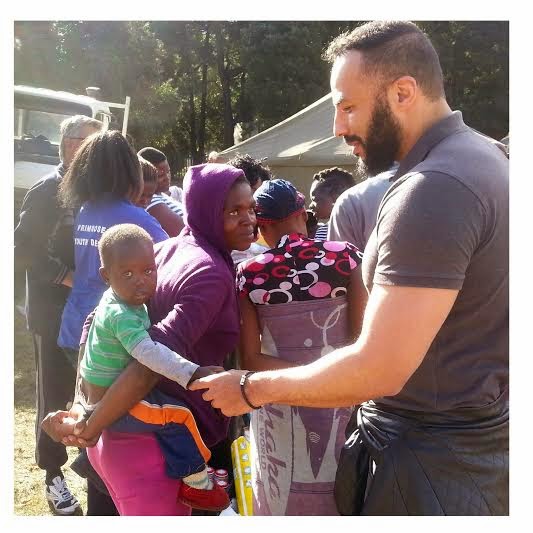 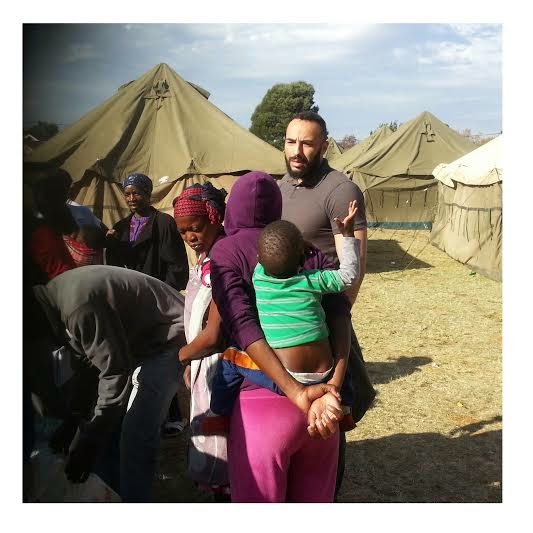 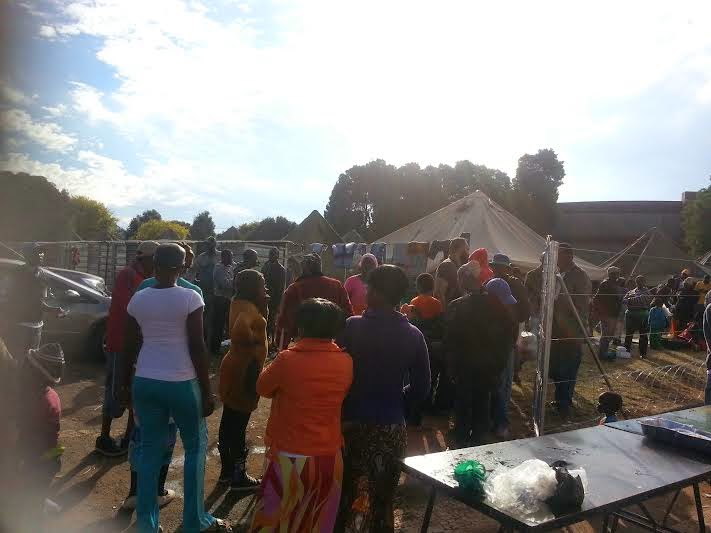 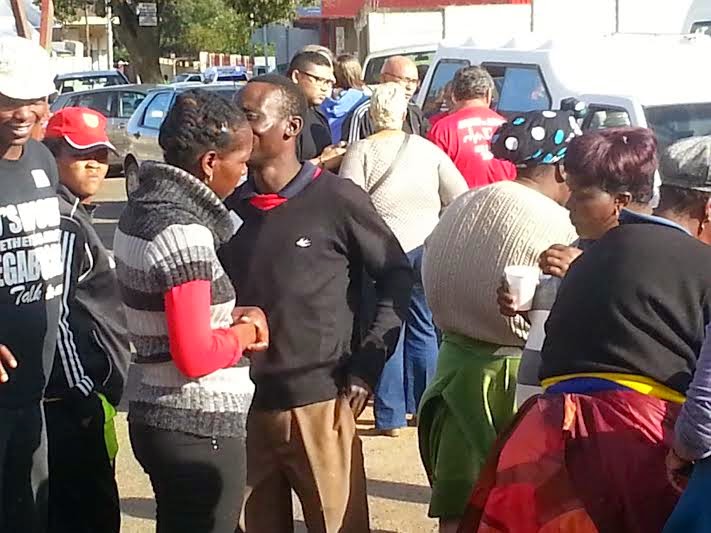 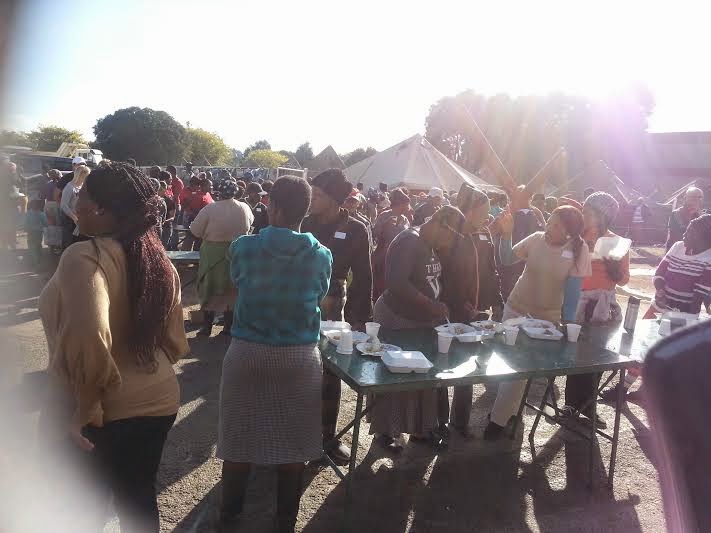 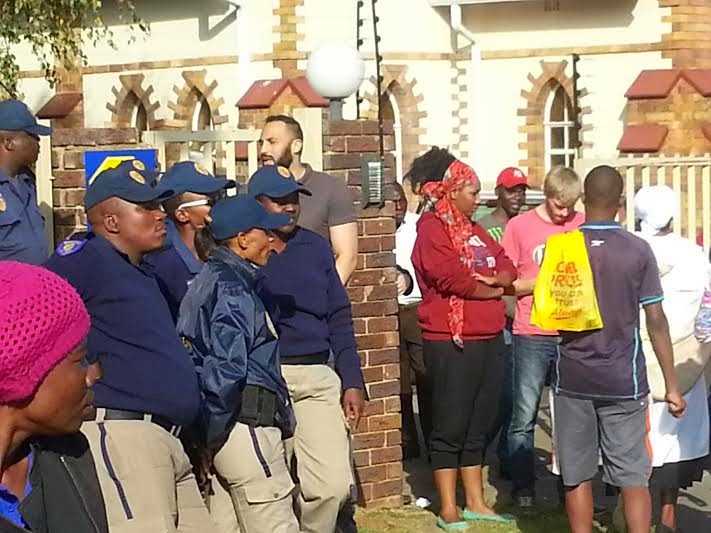 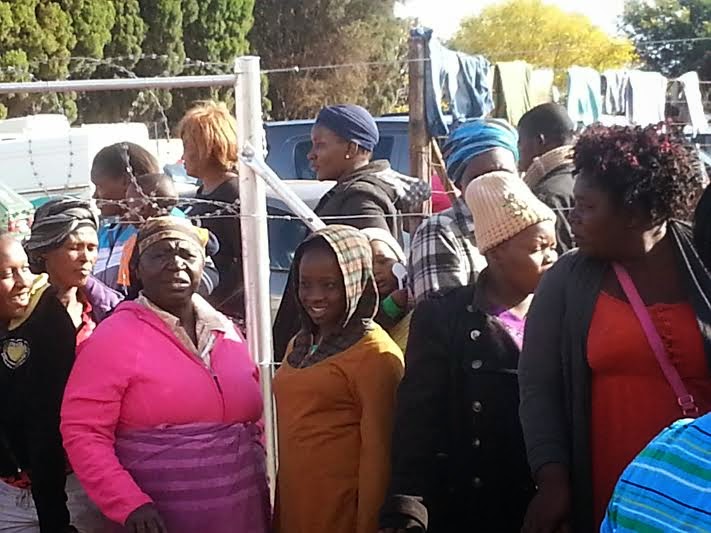 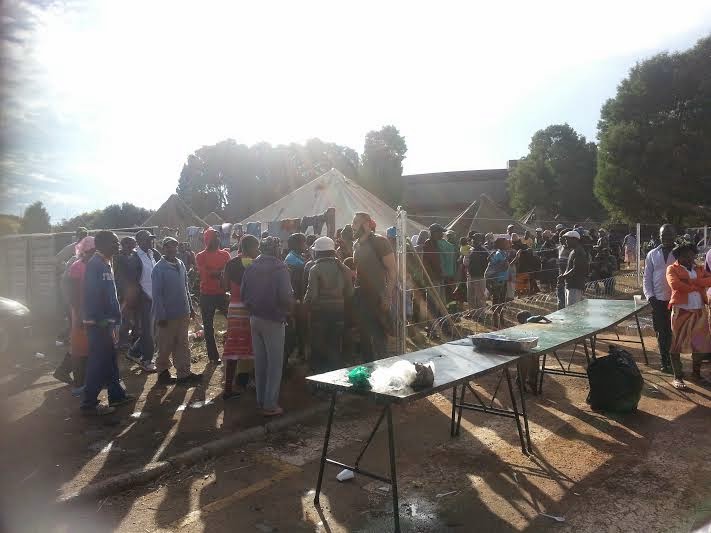 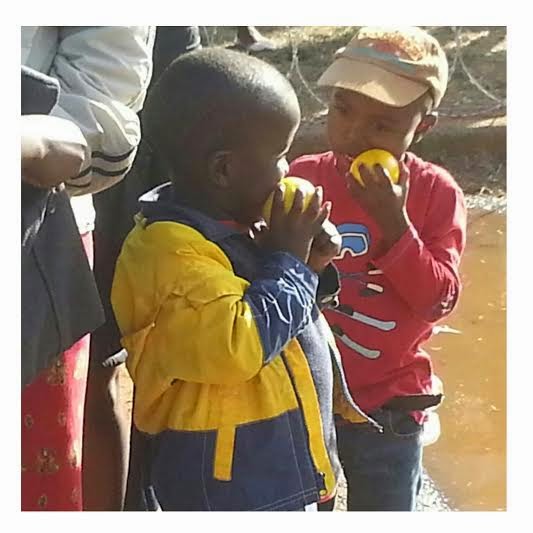 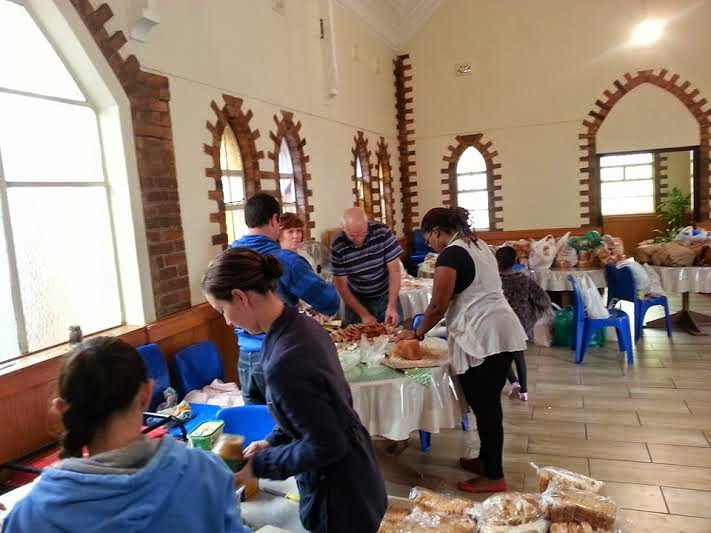 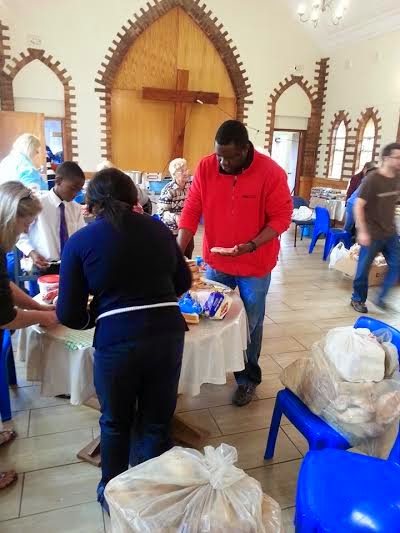 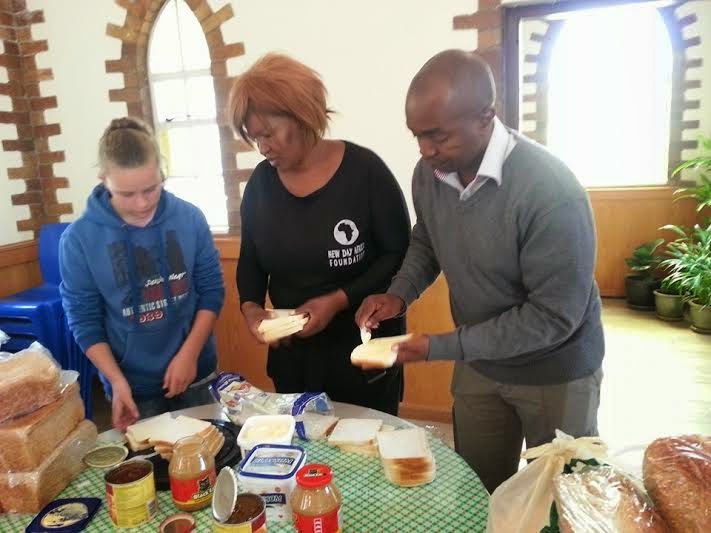 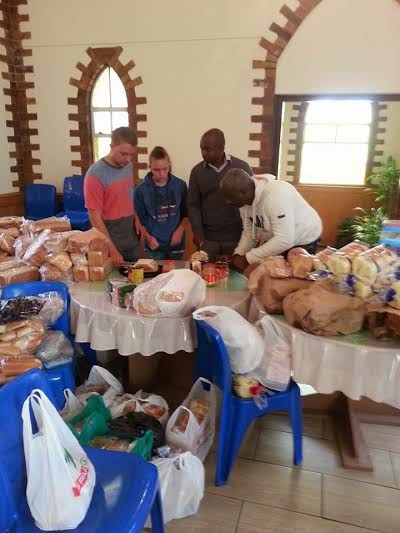 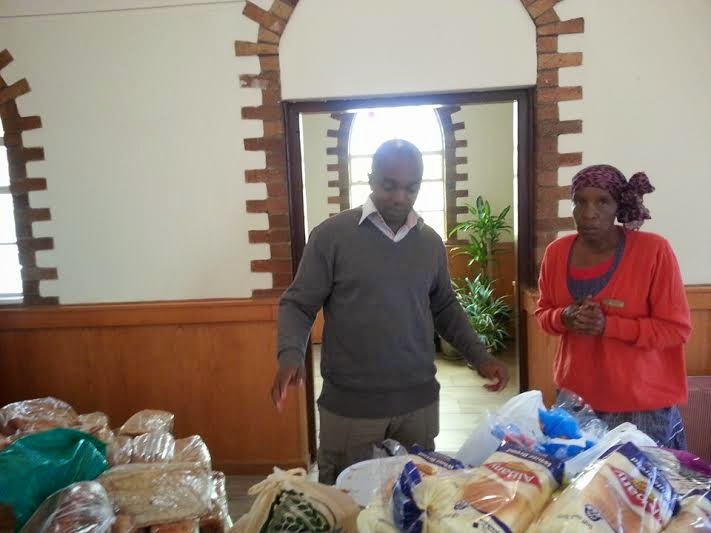 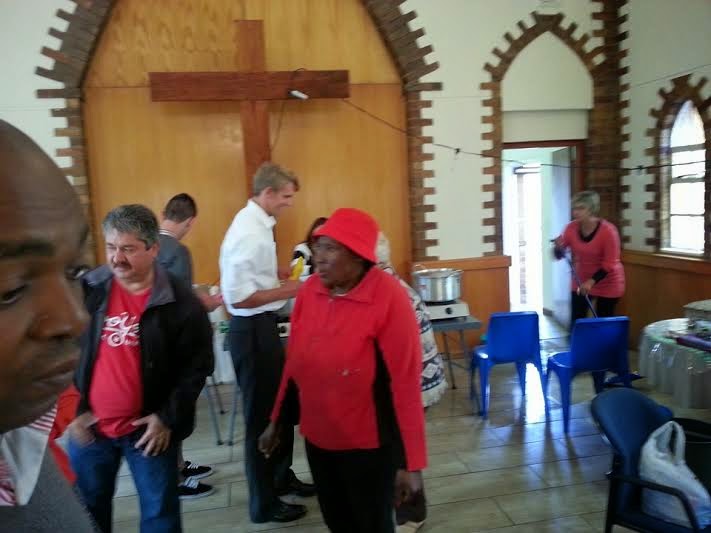 Many of them were born and raised in South Africa, they have now suddenly become homeless. It is sad.

May God be with all of them during these trying times.