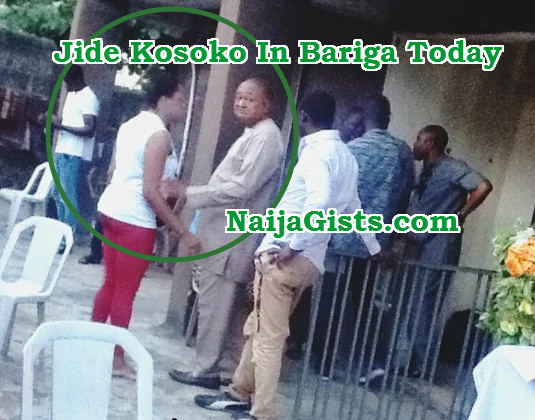 The mood yesterday was very sober when NaijaGists.com paid a condolence visit to 4 Olanrewaju St off Chemist bus stop in Bariga Lagos to honour late Nollywood actress Henrietta Kosoko who passed away on Monday at the age of 53.

The widower, Jide Kosoko who was among the guests who sat under a canopy was heard mumbling in apparent distress.

He told marketers and actors present, “My third wife, won’t people be counting it for me”

The actor was seen crying around 2:08pm as more sympathizers besieged Bariga home of the deceased actress.

See more photos of sympathizers at Henrietta’s home below 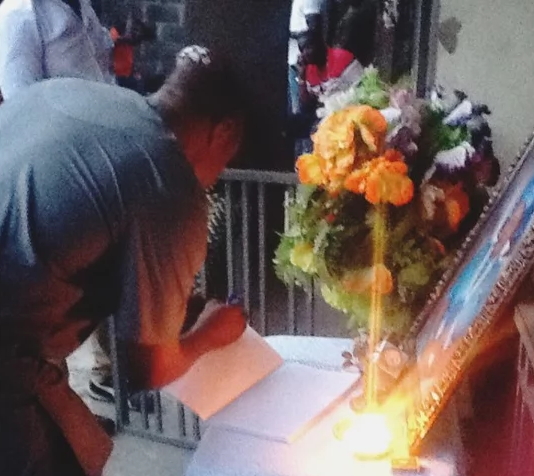 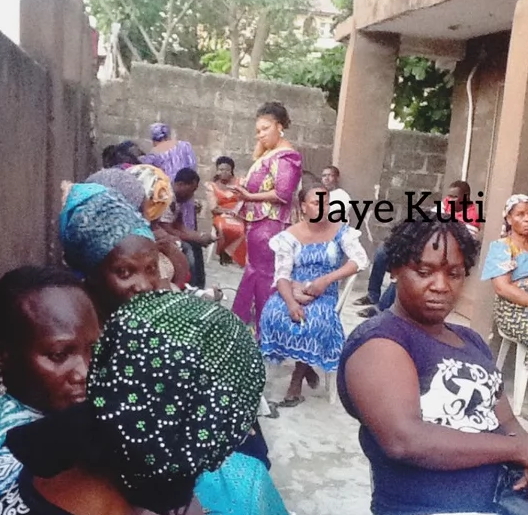 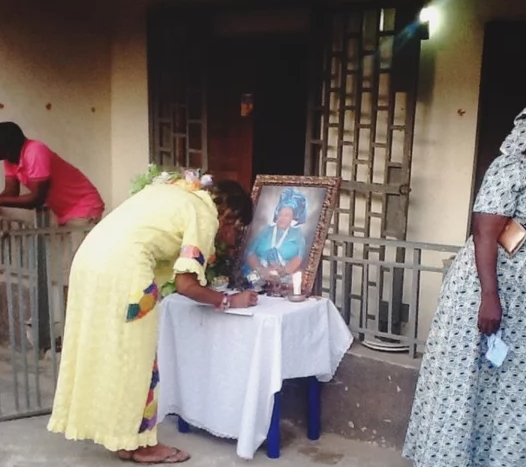 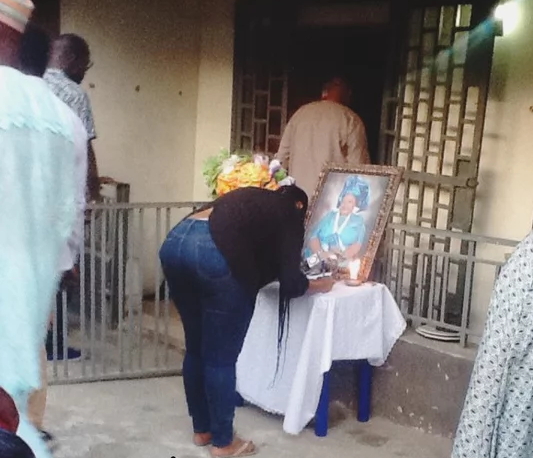 Jide Kosoko lost two wives, one in October 1992 and another in November 1993 and 23 years later he has lost another one.

May God comfort the family of Henrietta Kosoko.