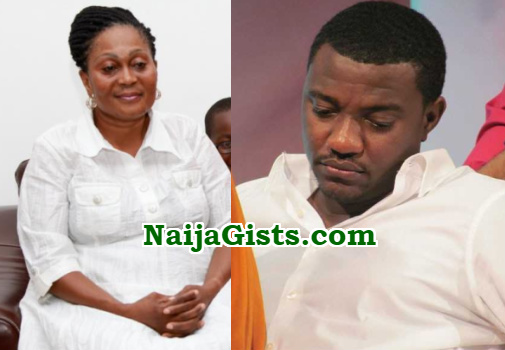 JD who was caught with two vehicles belonging to the Government of Ghana was invited for questioning after one of the stolen vehicles was traced to a car dealer in Accra Ghana.

The active supporter of John Mahama government was disgraced after security operatives found out that he was lying when he initially told them he bought the cars from Svani Company Limited.

He was busted when security operatives inputted the vehicle’s chassis into the system and it revealed the National Security Secretariat as the rightful owner.

When he found out he had been caught, he reportedly changed the story and said former First Lady of Ghana Lordina Mahama gave it to him as a gift.

And when the security operatives made to reconfirm that claim, he begged them to take the car away.

The second car traced to the actor, the ash coloured car below traced to John Dumelo’s girlfriend’s house is another car belonging to the National Security Secretariat.

When asked how he managed to get the second stolen car, the actor reportedly begged the security operatives to give him some time to complete an event in London.

He promised to answer all the queries when he returned back to Ghana from London.

See more photos of the stolen cars below 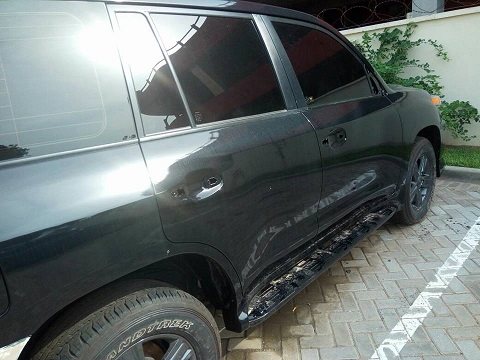 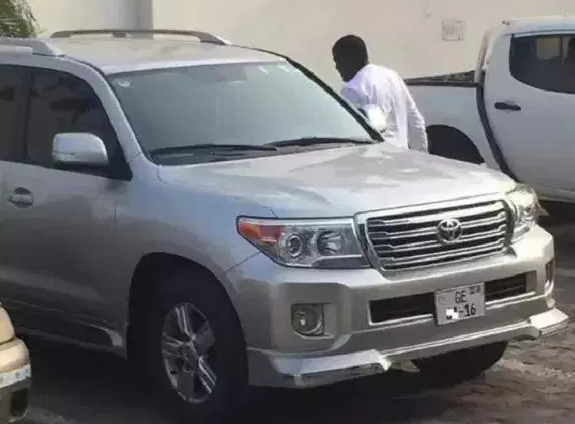 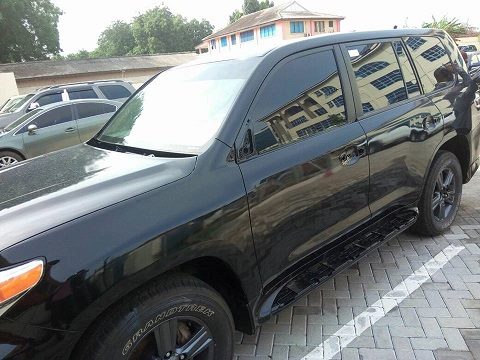