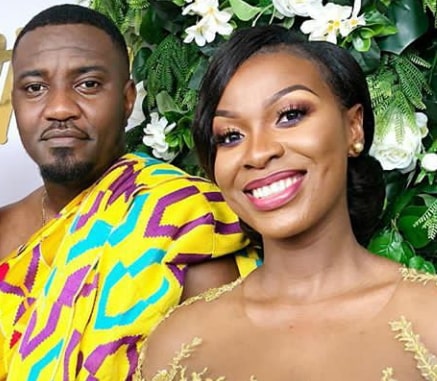 John Dumelo: Why I Impregnated My Wife Before Wedding

The farmer and aspiring politician who was a guest on Yvonne Okoro’s cooking show said the pregnancy was not planned.

The actor admitted that he was dating the cousin of James Gardiner before meeting his wife.

Dumelo said he was just a friend of Gifty Mayunwa Nkornu who was dating another man at that time.

The actor said when he broke up with Frances, his relationship with Gifty became more serious

Also talking about his marriage which came as a surprise to dozens of his fans and with reports that he never informed his ex of his upcoming nuptials, John revealed that he actually informed Frances before tying the not.

“Well I did, I think it’s just the honourable thing to do, just to say this is what it is”  – he told Yvonne Okoro .