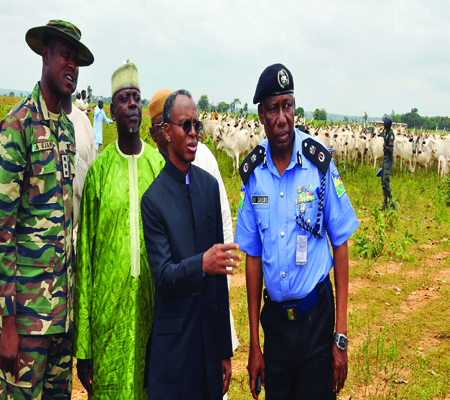 Apart from the Sambisa forest, the base of the Boko Haram insurgents, there is Kamuku, another stretch of vegetation covering four Northwest states and Niger, used by criminals. The good part is that the state governments have teamed up to rid the forest of hoodlums.

The horrors of Boko Haram inside Sambisa forest are well documented. Not so the evil perpetrated in and from the Kamuku forest, which stretches across four northwest states of Kaduna, Kebbi, Zamfara, Katsina, and the Northcentral Niger.

While Sambisa has served the insurgents as an operational base, den to keep hostages and routes through which to ferry arms and other supplies, the Kamuku vegetation has provided cow thieves places to keep stolen animals, as well as a base from which to strike such cities as Kaduna and rob and kill victims. Criminals using the forest as hideout are not members of the Boko Haram group, though, but they are no less dreaded.

The governments of the states, seing the present and future threat of the forest, came together with an action plan to smoke the criminals out of the forest. They want to tame the evil forest and contain other security challenges peculiar to their states. They fear that Kamuku could breed future insurgents. 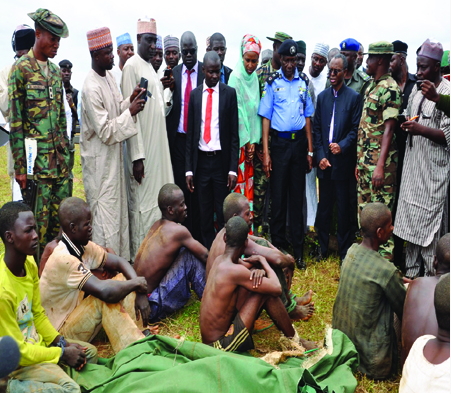 The governors met in Kaduna to brainstorm ways of addressing the security threats posed by the forest. Even though, the resolution of the meeting held behind closed doors in the state Government House was not disclosed, the host Governor Nasir el-Rufai told reporters their discussion was mainly about security.

He said, “The forest which is in the centre of the Kaduna, Niger, Katsina, Kebbi and Zamfara, has been of serious security concern. So, we need to address it because that forest is capable of breeding future Boko Haram. So, we have just met to brainstorm with a view to fashioning out a coordinated approach in tackling the security challenges in our states. This has become necessary to avoid spillover.

“We met with security chiefs in charge of our respective states so that we can as quickly as possible bring an end to the loss of lives, cattle rustling and loss of property.”

He disclosed that the five state governors have the support of the federal government in the plan. Even, the Federal Government has demonstrated commitment to collaborate with the state governments. But the most gratifying news is the arrest of nine accused cattle rustlers and recovery of over 2,000 cows in the Kaduna axis of the forest.

The breakthrough was achieved after the joint security operatives, including the military, police and others raided the bandits hideout in Birnin Gwari and Damari village. Three suspects were killed in the gun battle with the security operatives.

Governor el-Rufai, who visited the forest, commended the security personnel for their “swift intervention”, pledging that the government would offer maximum support to ensure success of the operation.

He said that the operation was part of the new offensive in the Northwest against cattle rustling. “So far, so good. We are satisfied with the work done by the armed forces in trying to contain the problem of cattle rustling and general security threats that have lingered for too long.

“The joint operation is between six states that share the Birnin Gwari forest, that is Zamfara, Kebbi, Katsina, Sokoto and Niger. This operation is the Kaduna State end, but it is also happening in the other affected neighbouring states. We will recover stolen cattle and tackle the security challenges in the area,’’ he said.

Over 700 cattle have been recovered.

The nine arrested suspects, under interrogation by el-Rufai and Kaduna State Police Commissioner, Umar Shehu, said they were innocent. One of them who was allegedly arrested with rustled cattle told the governor that he is a farmer.

But after touching his palms, el-Rufai said they were too soft to be a farmer’s.

The security operatives also informed the governor that one of the accused identified as Iliya had local bulletproof, otherwise known as ‘Odieshi’ or anti-bullet charms.

With the recent arrest, residents of villages bordering the forest expressed the hope that crime in their area will be curtailed. Virtually each of the five states bordering Kamuku forest has had its share of attacks by the criminals in the last four years, with Kaduna and Zamfara the worst hit.

[Reported By ABDULGAFAR ALABELEWE, The Nation]