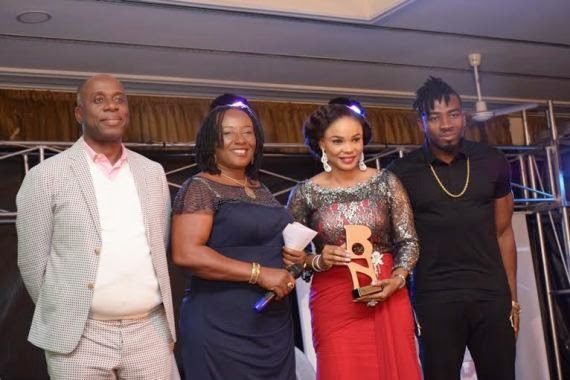 Celebrities stormed the Banquet Hall of Rivers State Government House around 6pm for the event  but the show didn’t start until 10pm because the host governor, Rotimi Amaechi didn’t show up on time.

Witnesses say Rotimi walked in around 9:58, a time when the Banquet hall was almost empty with few guests waiting for the event to start.

But when it eventually started, there was really no boring moment as the organisers made sure every segment was swift and quick.

Continue Reading
You may also like...
Related Topics:best of nollywood, bon 2014, rotimi amaechi