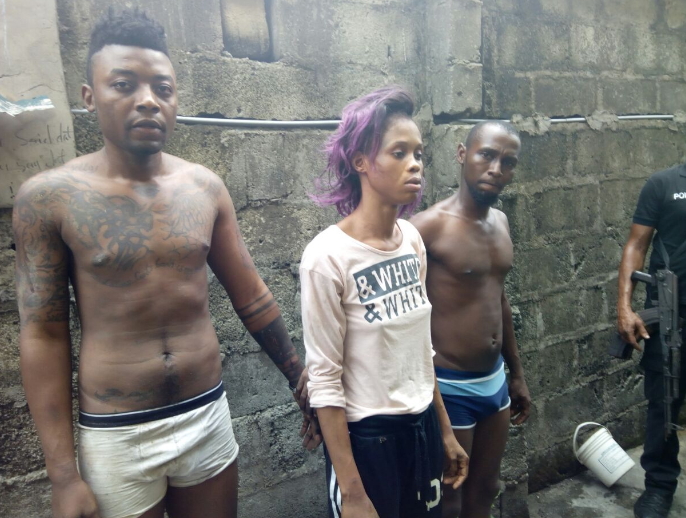 See the evil people who allegedly snuffed out life from an innocent man working for Jumia.com.ng. 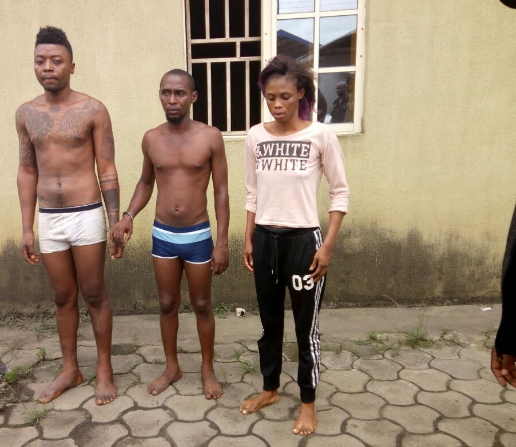 The suspects ( two guys and a lady) reportedly murdered the unidentified delivery man in Porth Harcourt on Saturday after he went to deliver two iPhones and a motorbike at Ada George compound.

To cover up their crime, they threw his corpse in a septic tank inside the compound.

Neighbours who suspected foul play within the compound where the murder took place alerted the police who came over to arrest the suspects. 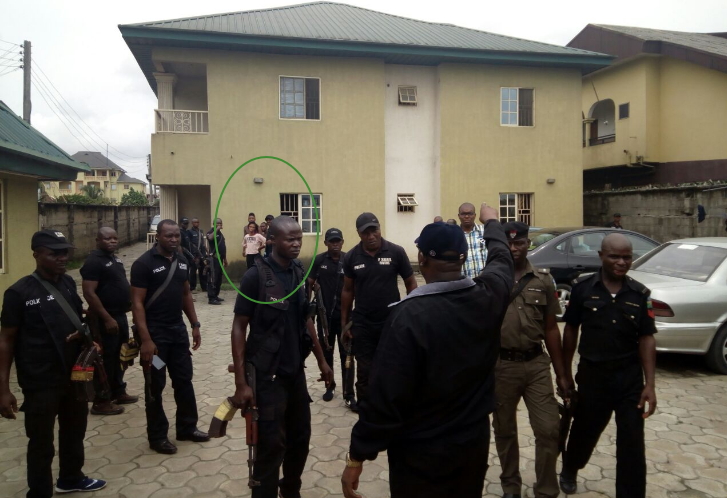 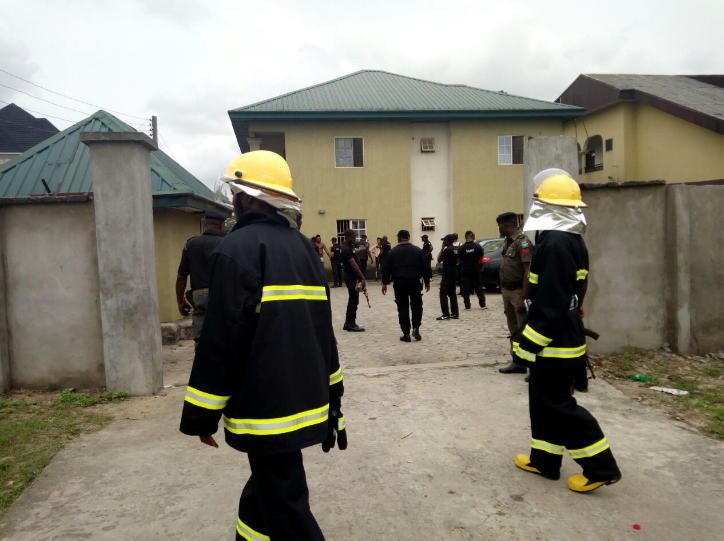 This was made known by an OAP working for Cool FM in PH, Olomou Blessing on Twitter. 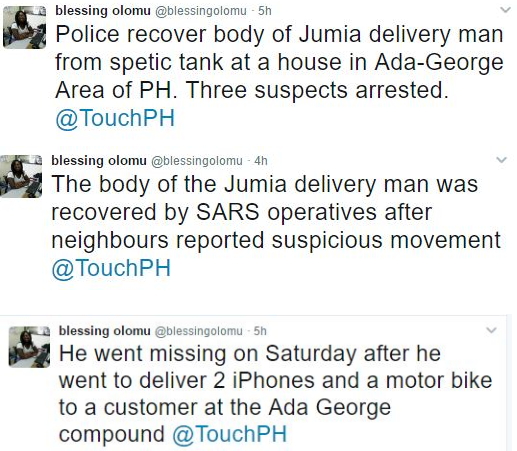 Hope Jumia will do better to protect their delivery people in the future. 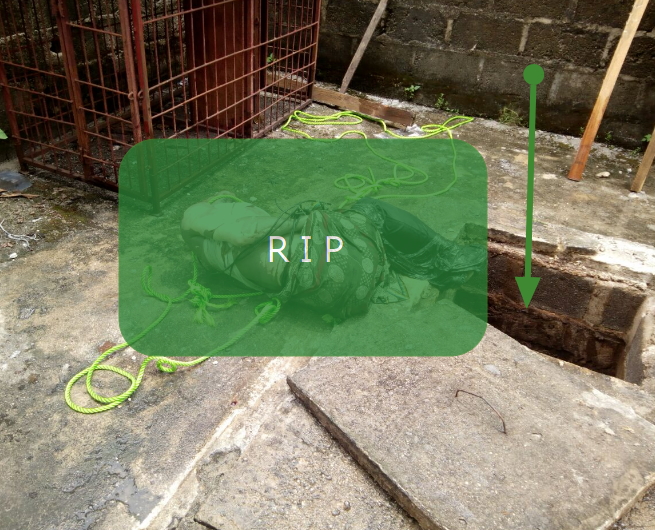 These people are demons in human form.

RIP to that poor guy.