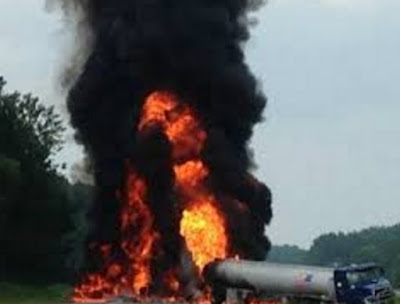 At least 4 people died this afternoon when a fully loaded tanker trying to overtake another driver fell and caught fire.

While the occupants of the speeding tanker were trying to escape the looming danger, the tanker caught fire and burned all of them alive.

The fire explosion which happened around 2:30pm today took fire fighters over two hours to put out.