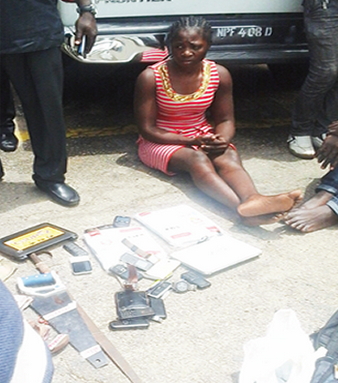 Jennifer Onyebuchi, a 27-year-old woman has told detectives attached to the Lagos State Police Command that she kidnapped a nine-month-old baby boy in Lagos and ran to Anambra State, because she desperately wanted her fiancé to marry her.The suspect who stole the baby at Ajegunle area of the metropolis, was trailed to Anambra State by policemen.

The woman however insisted that she didn’t steal the baby, but only borrowed him. She said she planned to return the baby to the mother after her fiancé had paid her bride price. The State’s Commissioner of Police, Mr. Fatai Owoseni, addressing journalists yesterday, said Onyebuchi was arrested by a team of policemen at Okija in Anambra State.

Preliminary investigation revealed that Onyebuchi stole the baby on September 30, 2015, with the intention of presenting it as hers to her lover. She felt the baby would be the ace needed to force her fiancé’s hands in taking steps to pay her bride price. Apparently, the fiancé said he wouldn’t marry her until she got pregnant and had a baby. 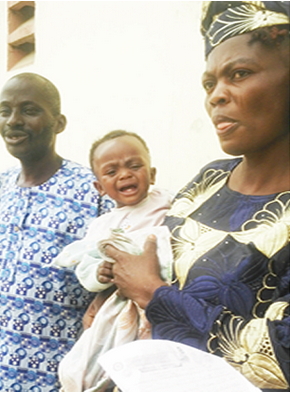 The baby and mother

Onyebuchi said: “Last year, I met a new suitor in Anambra State, who promised to marry me if I could have a child for him. He promised he would immediately pay my bride price if I got pregnant and put to bed. In our tradition, the man has to pay a woman’s bride price for them to be legally married.

My man and I used to live together. I got pregnant within three months of living with him, but had a miscarriage when the pregnancy was almost five months. “After the miscarriage, I visited traditional and medical doctors. I desperately wanted to have a child for my husband so that he would pay my bride price. But all my efforts were abortive.”I came to Lagos and got a job as a fuel attendant in Ajegunle area.

It was where I was working that I met the baby’s mother. We became friends.

I didn’t even know her name. But police said her name is Aina. I only assisted her to buy Kerosene whenever she comes to the filling station.” Recollecting how she escaped with the baby, Onyebuchi said that she went to the baby’s mother, Aina Adetola’s shop, located at Orodu Street on that fateful Saturday and made away with the baby. “I told her I was going to Boundary area to buy something for the baby.

She said her daughter who was supposed to carry the baby went on errand.

I asked her if I could assist her to mind the baby, she said yes. I collected the baby from her, and later boarded a night bus on the same day heading to Anambra State. We got home the following day. I took the baby to my husband. I would have returned the baby to his mother after my fiancé has paid my bride price.”

She confessed to have lied to her fiancé that she was pregnant while in Lagos and that the baby was his. “I bought baby foods for the boy. I took very good care of him,” she said.