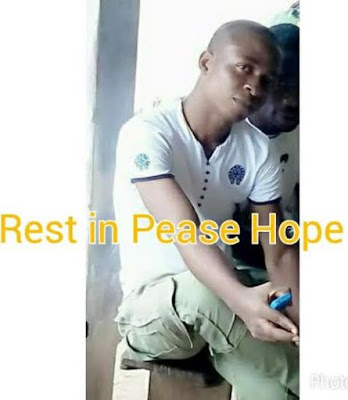 Over the weekend, a male corper simply identified as Hope was murdered in the quiet town of Aboh.

According to eyewitnesses, the attack was carried out by an indigene of Aboh in Mbaise LGA of Imo on Saturday, the 6th of June, 2015.

The victim was sleeping in his room, when an unidentified indigene broke into his room, tied him up and stabbed him to death.

The corpse of the victim has been deposited in a mortuary in the area as police begins manhunt for the suspect.

Here is a photo of the deceased in his room after the murder.. VIEWERS DISCRETION ADVISED 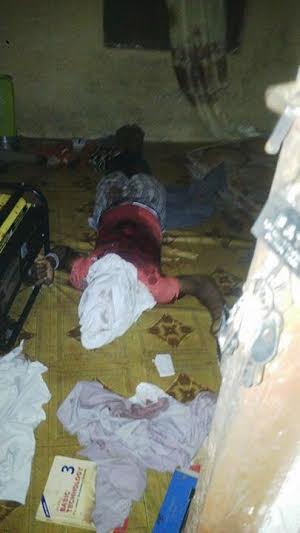 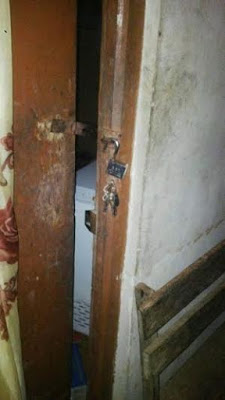