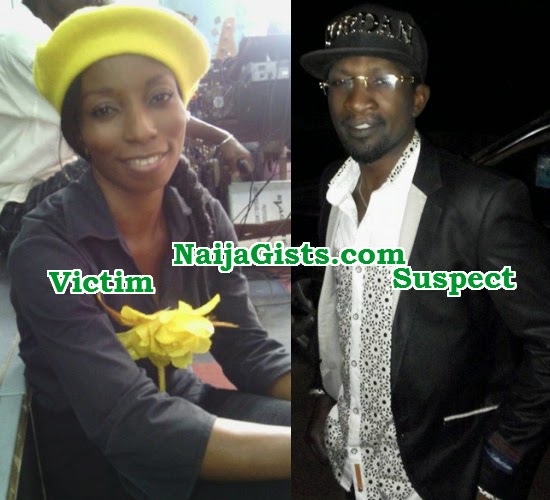 Several years after the daughter of a retired military man, Cynthia Osokogwu was murdered by her Facebook lovers in Festac town, another similar case has been reported.

According to sources in Ogba area of Lagos, the lady pictured above, Adekemi Faboro was murdered last weekend at her home. 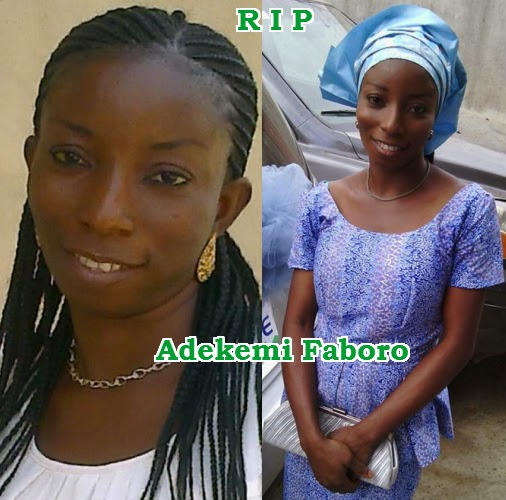 The suspect identified as Christopher Ezekiel Abiodun, a married father of two reportedly arrived Lagos from his base in Ibadan last Saturday.

He was alleged to have killed her at her home the same night he arrived Lagos.

The lovers who met on Facebook in January 2014 met each other for the first time last week only for the worst to happen.

The suspect who works for an Electrical firm in Shagamu, a resident of 8 Orelope Street in Ibadan was inside Adekemi’s home at 5 Folorunsho Street off Ajayi Road in Ogba when the victim started coughing severely.

When the coughing persisted, her neighbour broke into her home and rushed her to Ifako General Hospital where she gave up the ghost.

The suspect was immediately arrested and taken to Pen Cinema Police Station while the corpse of the deceased was deposited at the hospital for autopsy.

Adekemi Faboro took to FB on the 15th of January 2015 to wish herself a happy birthday.

The suspect was one of those who wrote a compliment for her. See the image below: 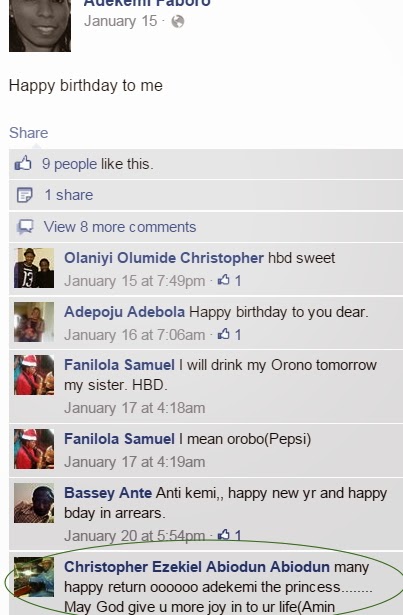 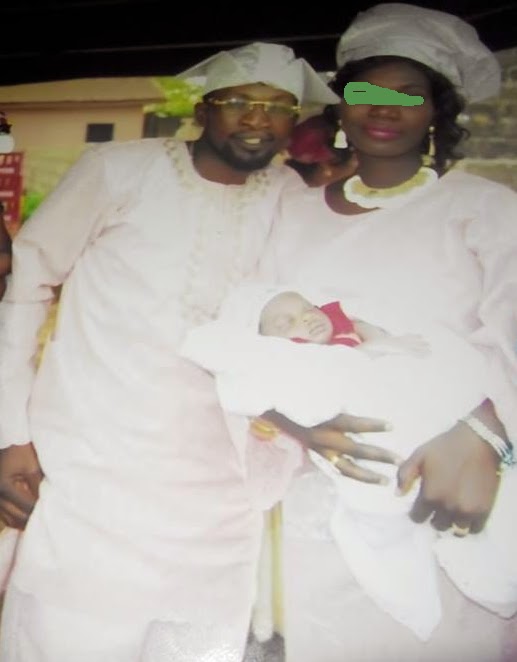 Ezekiel Abiodun with wife during their 2nd baby dedication in August 2014.