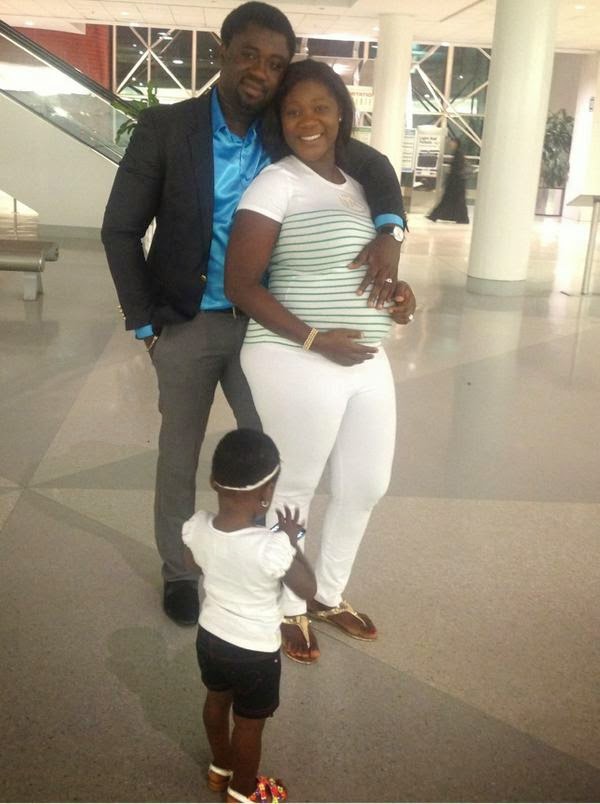 The oga on top of Nollywood actress Mercy Johnson, Prince Odianosen Okojie has waka comot Naija.
He is currently in Maryland  ahead of the couple’s second wedding anniversary coming up in less than two weeks .

The couple who got married on the 27th of August 2012 is blessed with a beautiful daughter, Purity Odianosen Okojie.

The heavily pregnant Nollywood superstar is set to stay in America until her childbirth while her superman (as he is fondly called) is likely to return soon.

See another photo of the actress and her baby girl below 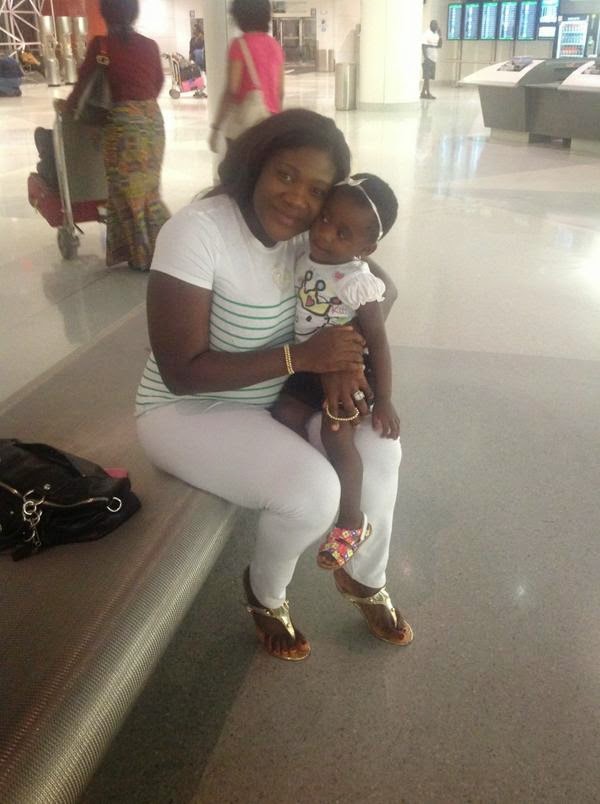 Side gist: Though Mercy Johnson maintains that her husband is a super-wealth building contractor, sources in the know say the man is being fed by the hardworking movie star.