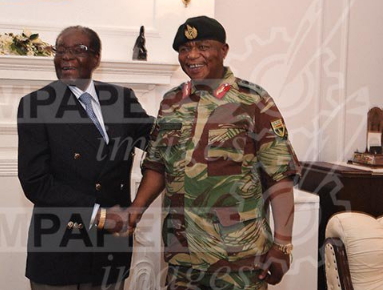 Robert Mugabe is still not willing to let go of his hold on Zimbabwe even after military leaders who still have so much respect for him persuaded him to come to terms with the fact that the military has taken over power from him.

According to Zimbabwe Herald, the 93 Year old dictator reportedly refused to step down insisting that without him there would be no Zimbabwe today.

After all effort by the country’s military rule to persuade him to step down failed, the meeting was abruptly cut short as he continues his house arrest.

See photos from the meeting below 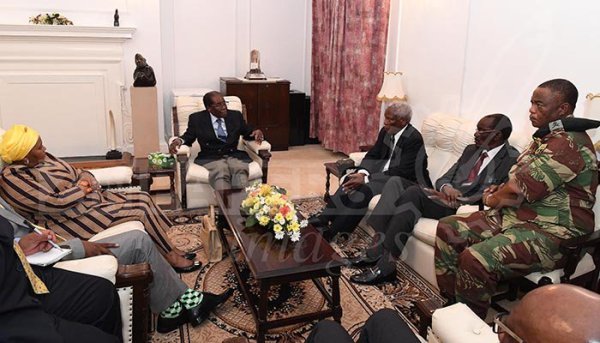 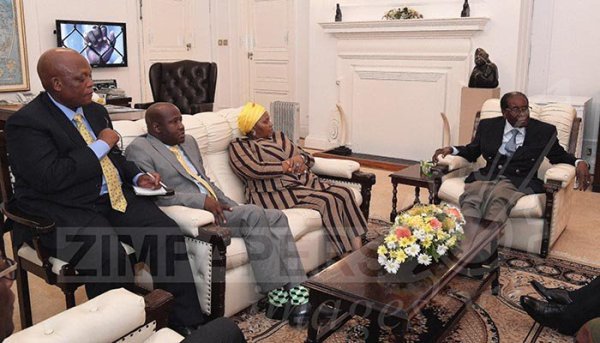 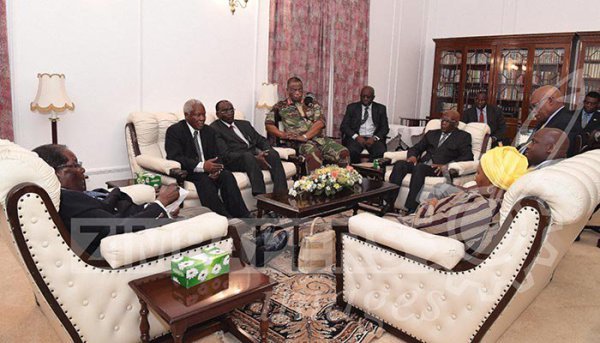 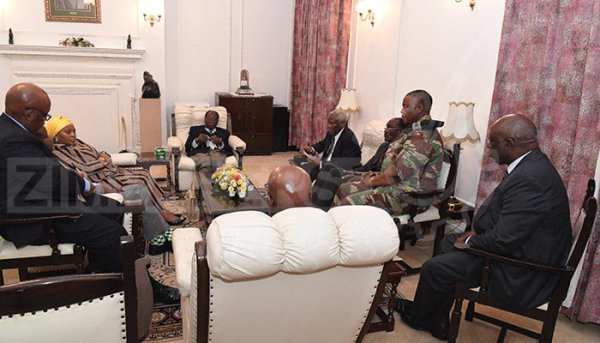 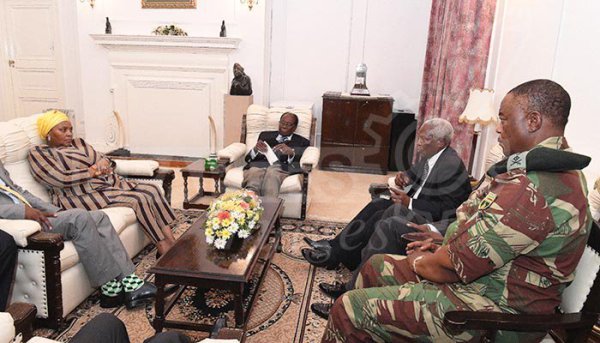 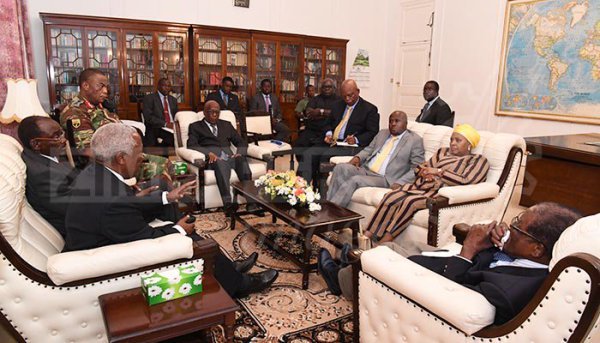