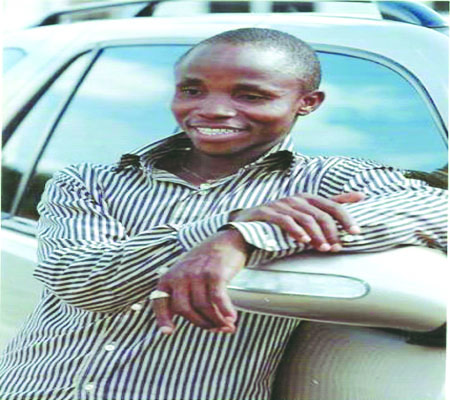 A bus driver in Port Harcourt, the Rivers State capital, David Legbara, 37, who recently got married, woke up very early on the morning of Friday, August 7, 2015, prayed with his eight-month pregnant wife and left for work.

The driver, until his death in the afternoon of the same August 7, was plying Mile Three-Rumuokoro route on the ever-busy Ikwerre Road in the city. Shortly after loading passengers from the popular Mile Three Park in Diobu, heading for Rumuokoro, he was stopped by policemen on stop-and-search duty at Wimpey Junction, Mile Four, Ikwerre Road around 12.20 p.m., but he was shot and killed by James Imhalu, a mobile policeman, popularly called MOPOL, whom he refused to give the demanded N100 bribe at the check point, without any provocation or altercation.

Imhalu, a police Sergeant, is attached to the Kala Divisional Police Headquarters at Rumueprikom, Port Harcourt, the hometown of the Rivers Governor, Chief Nyesom Wike. The late Legbara, an Ogoni man from Uegwere-Boue in Khana Local Government Area of Rivers state, was the only child of his parents and the bread winner of his family, with an aged mother and if he did not bring money home daily, there would be no food for the family to eat.

After shooting and killing Legbara, some of the passengers in the bus were also hit by the killer policeman’s bullets, sustaining varying degrees of injury, but still managed to jump out of the ill-fated bus and scampered to safety, to avoid being killed by the notorious policemen to cover the evidence.

When the sad news of the bus driver’s murder got to Mile Three Park in the afternoon of August 7, his colleagues moved to Wimpey Junction and briefly protested. 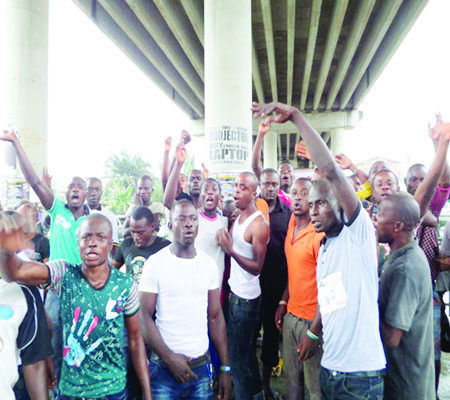 The aggrieved commercial drivers, their conductors and sympathisers strategised overnight, mobilised their members from the various parks in Port Harcourt and its environs and decided to protest again on August 8. 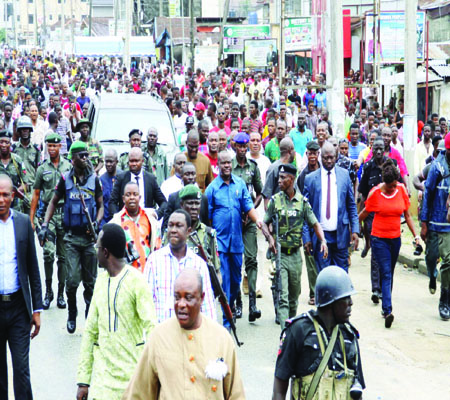 They protested naked on major roads and streets in the state capital, especially Ikwerre and Aba roads. [NAN]