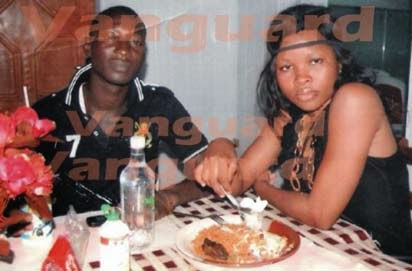 Miss Juliet Osimen, the daughter of a Delta-based pastor has suffered acid attack from the hand of her lover of 3 years, Austin.

24-year-old Juliet told Vanguard she met her evil boyfriend at a restaurant in Ekpan area of Delta where her dad, Sunday Osimen works as a Pastor at the Mountain of God’s Grace Ministry.

Narrating her ordeal on the day the incident happened, Juliet said:

“Austin was very generous in the relationship and often granted most of the requests I made. As a result, I hardly hesitated when he started making proposals for marriage and coming close to my family.

“When we met, he was living with his uncle at Nnewi Street, off Aka Avenue, Effurun.
“As the relationship grew, we rented a self-contained apartment at satellite Ugolo community, Okpe Council area, where we shared privacy occasionally, while I still lived with my parents.

“Though, I cherished his uncommon generosity towards me and my siblings, I started getting worried about the source of his income, which to me did not connect with the generator repairs job he told me he does for a living.

“My suspicions were confirmed the day we went to Obiaruku for the marriage of his friend. There is a particular bag he does not allow me or anyone else touch at all.
“This fateful day, as he was having an after wedding drinking spree with friends in the hotel we lodged, I opened the secret bag in our room. 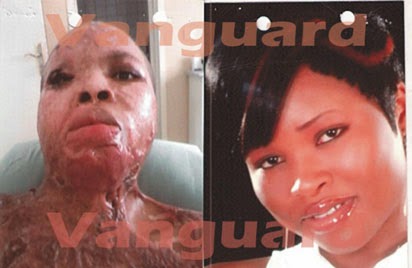 “I was shocked by two items I found. An identity card as a Federal Government Amnesty beneficiary and a document list of guns and other dangerous weapons submitted by his group during the arms mop up.
“From that moment, my interest in the affair died and I wanted out immediately. I knew I was living with an unrepentant criminal because he is easily irritated and always bragging about how tough he is and how he can deal with anyone and go away with it.”

“That night at Obiaruku, I confronted him on his criminal identity and why he kept it from me. He said he was worried I would leave him and he does not want to lose me. He said he could not do without me…
“As I gradually limited my contact with him, he introduced a catch phrase whenever the issue of breaking the relationship came up.

“He would say, ‘You can’t leave me. If you try it, I will so damage you that no man would want to look at you, so I will still be the only one to marry you.’
One evening, Monday, (February 25, 2013) preceding the Sunday he threatened me with a knife at Ugolo, he struck.
“It was very hot that night. At some minutes to 1am, February 26, I had just my towel tied on me when I slept close to the window.

“Suddenly, I heard and felt a shower of liquid from outside through the window. The person aimed and poured it all over my body as I lay faced up.“Immediately, I started shouting, ‘Igwe (Austin) had poured acid on me’ repeatedly and ran out as the liquid was burning my body. I saw him running away.”
Thereafter she was rushed to the Ekpan General Hospital in Delta state while Austin has since been arrested.

What a wicked soul!