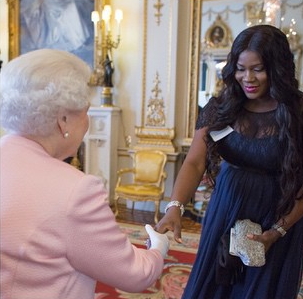 Heavily pregnant Nollywood actress Stephanie and her hubby Linus Idahosa were recently invited by the Queen of England to attend an event in England.

See photos of Stephanie and her hubby greeting the Queen at the Buckingham Palace below: 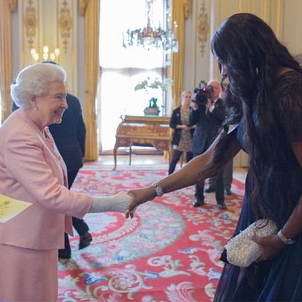 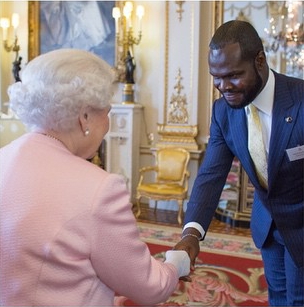 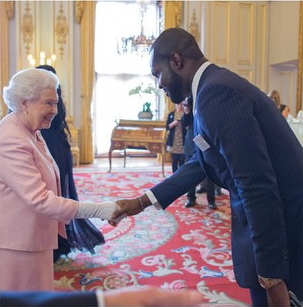 Stephanie couldn’t look at her face, why now? Is the Queen not a human being?