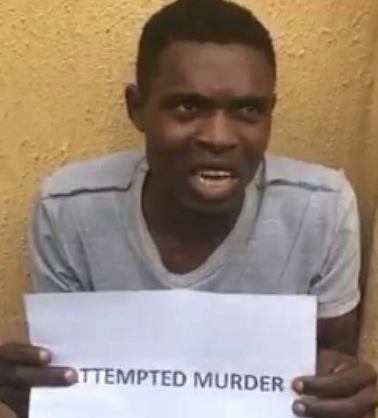 One Orabe Philips Leo, has been arrested for attempting to kill his American visitor and benefactor on 25th August 2017.

The victim Mr Robert Rob Wheelers an American arrived Nigeria on 25th August 2017 and was picked up at the airport by the suspect who once worked with him at Tony Elumelu foundation in 2015.

The suspect drove the victim to his house at Adeniyi street, Ikorodu, Lagos State, where he was to reside till his return back to US. Wheelers was, however, attacked by his host at midnight and was left in his pool of blood after which the suspect fled. 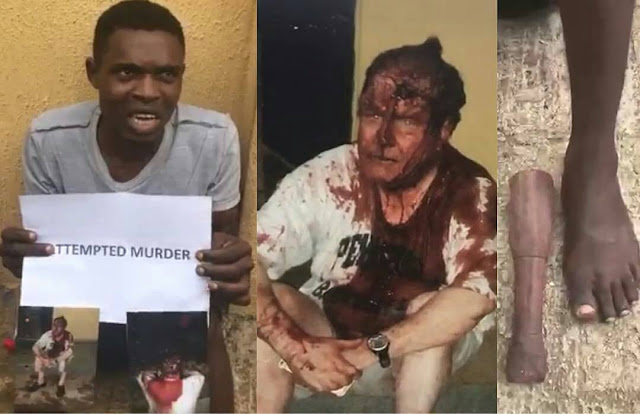 The police received the distress call and it’s operatives were dispatched to launch a manhunt for the suspect while the victim was rushed to the hospital. On the 8th of September Leo was arrested at his hideout within Ikorodu. .

He confessed to have clubbed Wheelers’ head with a pestle three times, stating that the victim reneged on his promise to give him an unspecified amount of money, a promise the victim couldn’t keep, which angered him.

The suspect, when questioned why he will have to kill a man because he refused to fulfil a promise, revealed that he has invested so much in his effort to get money from Wheelers.

He added that he consulted a white garment church where he was given a charm to use on Wheelers, but was deeply angered when the victim didn’t obey his instructions.