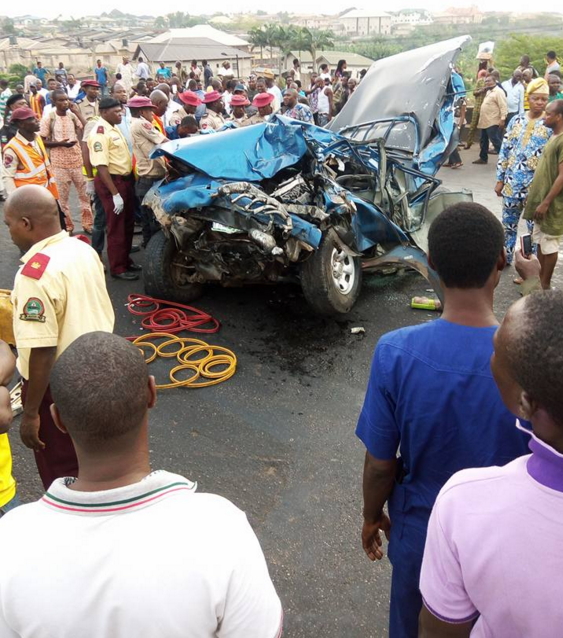 March 14, 2016 – Pictures: Nigerian Based In London, UK Returnee Dies In Car Accident In Lagos Hours After Returning To Nigeria

An unidentified Nigerian based in London UK has died hours after returning to Nigeria.

The UK returnee reportedly met his untimely death early Saturday morning in a fatal crash that left others seriously injured.

The deceased who returned to Nigeria on Saturday morning was picked up by his brother but he requested to drive while returning to his base in Ibadan.

Sadly, he got involved in a fatal head on collision on the Otedola Bridge axis of Lagos Ibadan expressway.

The fatal crash that happened around 7:15am claimed the life of the UK returnee.

The crash was caused by over speeding on the part of the Hilux driver(UK returnee) who lost control and rammed into an incoming truck.

See photos from the scene of the fatal crash 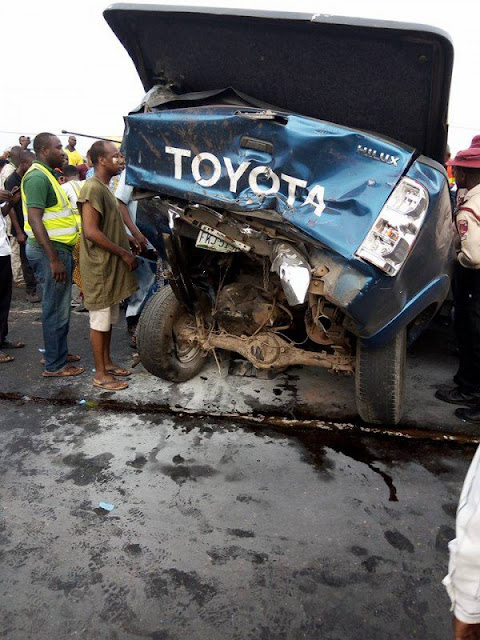 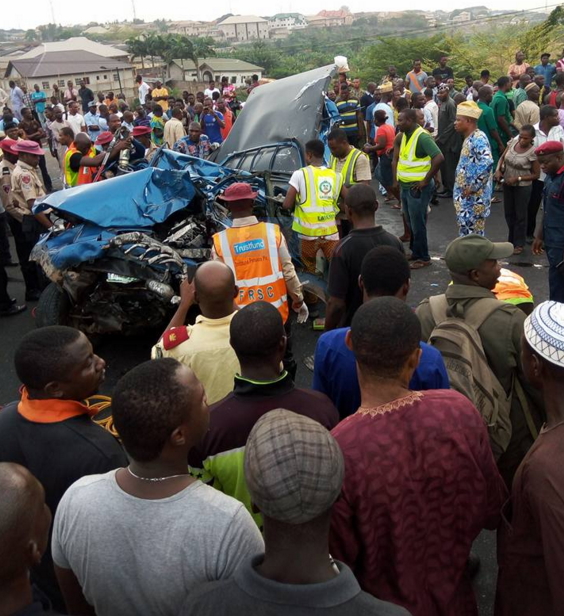 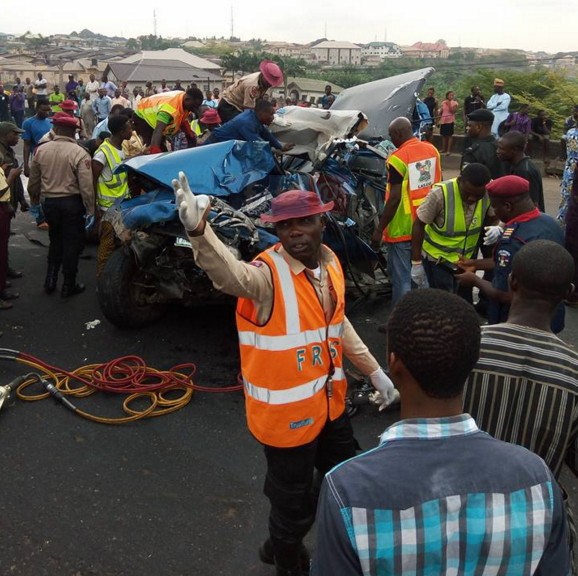 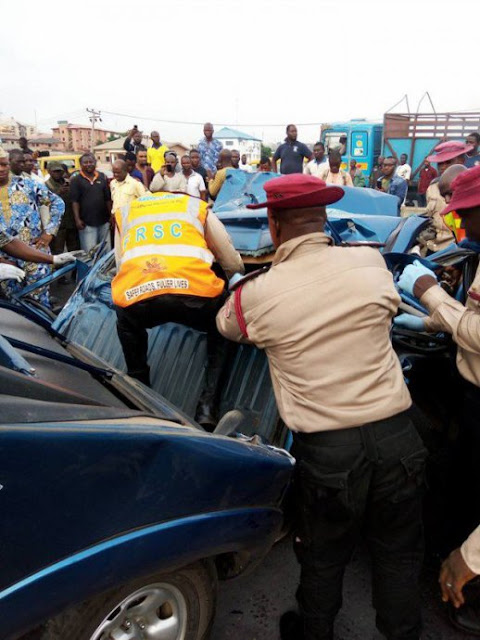 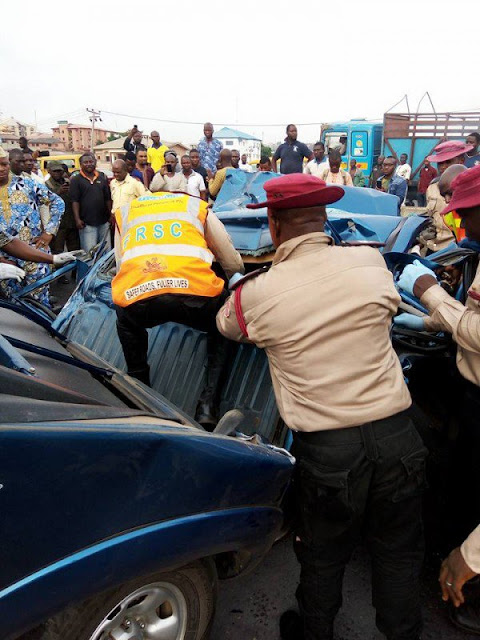 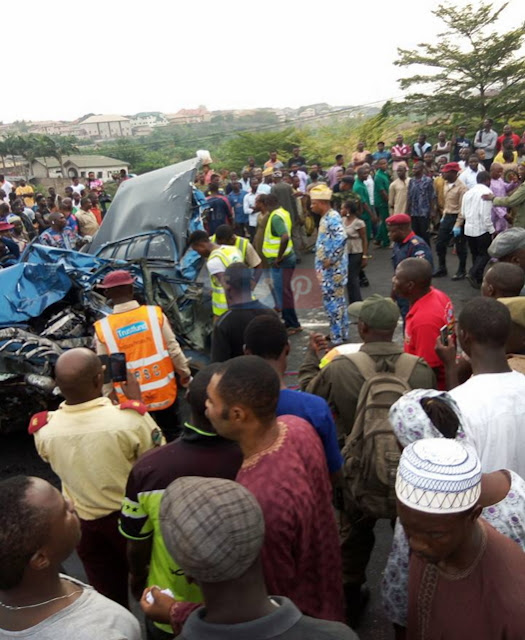 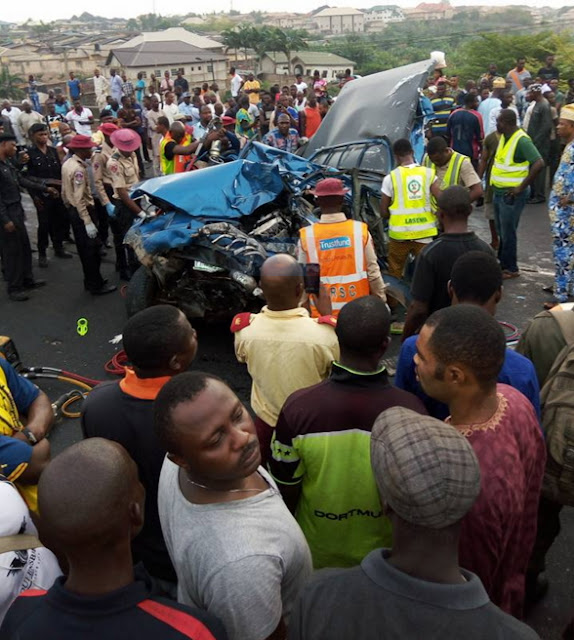